Thrissur: A file forwarded by the standing committee of Public Works Department of Thrissur Corporation to the engineer concerned seeking Rs 7.83 crore from Reliance Jio Infocom Ltd as restoration charges and also as regularisation charge as the company was found to be violating the norms for road cutting works for laying cables in the corporation, is set to become the hot topic of discussion in the council scheduled to be held on Tuesday. The last council saw heated debates over the alleged violating of rules by the company by doing road cutting works using expired sanction. 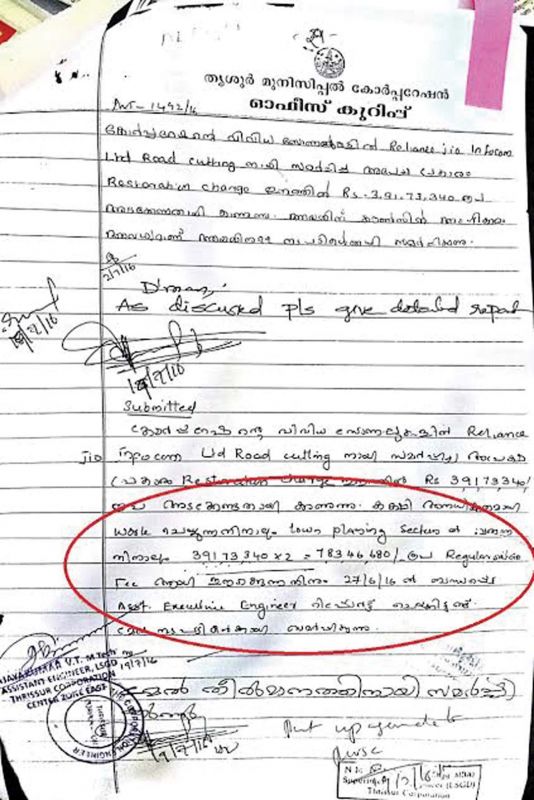 Both the ruling and the opposition members had raided the issue in the last council meet and a day later they jointly blocked the road cutting works by the company on MG Road citing that the ongoing works did not have any authorisation from the civic body. The document shows that the superintending engineer of the corporation was asked by the committee to give a detailed report on the alleged violations by the company and the Rs 7.83 regularisation charges.
It has also sought the places where the company has done road cutting without permission. Even though the report was sought last year with a note citing it to be field in seven days, the file is coming up for discussion to the council only now.

Disputes should be settled out of court: CJI Ramana