The mosque where cannonballs from the war lie. (Photo: Shashidhar B.)

The legacy of Tipu Sultan makes for little more than political fodder - the third Anglo-Mysore war was fought in Bengaluru, but no trace of this remains. Syed Mansoor, a direct descendant of Tipu Sultan, and architect Mansoor Ali talk to Darshana Ramdev about a glorious history that is fading fast...

The moon was uncommonly bright on March 21, 1791. The soldiers guarding Tipu Sultan's southern fort had retired early for the night, their weapons deposited safely at the armoury nearby. The British army, they reckoned, wasn't stupid enough to attack on a moonlit night. Little did they know that most of them wouldn't live to see the next morning.  Or that a traitor was in their midst.

Lord Cornwallis knew that the Tipu Sultan empire could only be toppled if the Southern Fort came under British possession. And Kishan Rao was just the  man for the job. "Rao told Lord Cornwallis that creating a breach beside the main Delhi Gate, just where the ramparts began to curve, would provide their only entry into the fort," said architect Mansoor Ali, who conducts heritage walks through the Tipu Sultan pete. 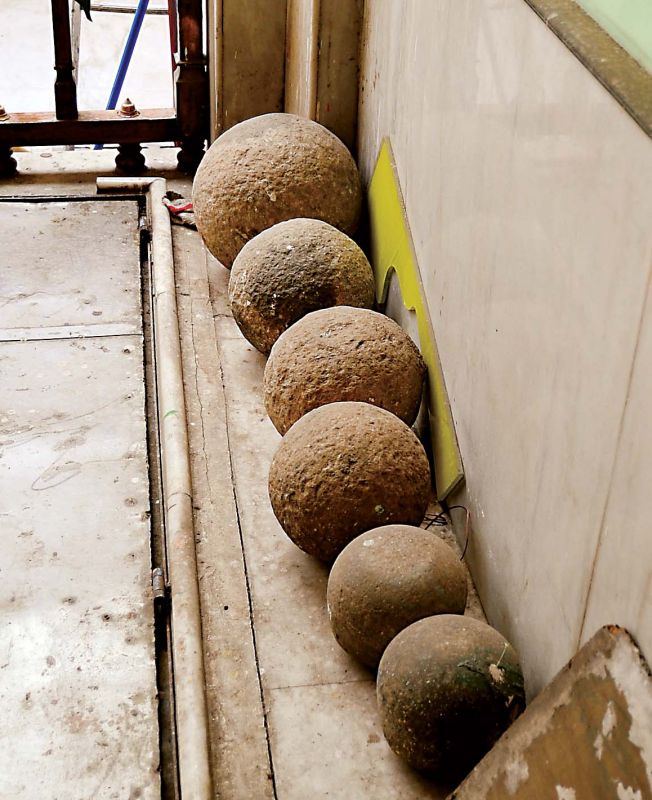 At around 11 pm, British troops entered the fort in stealth, killing everyone in their path. The attack was so swift that the fort was lost before the alarm was raised. The fort’s commander, Bahadur Khan, a regal septuagenarian with a long, flowing beard, declared that he would fight to the death. The other soldiers put up a brave fight too, attempting to unlock the Mysore gate, where they were slaughtered en masse. Meanwhile, Tipu Sultan himself stood with his army somewhere near Kengeri. They rushed to help the soldiers trapped in the fort but were thwarted by the British army and made a hasty retreat.

Lord Cornwallis was so taken by Bahadur Khan’s valour that he wrote to Tipu Sultan, asking if he wanted the body returned. “Tipu told Cornwallis that the highest honour for a Sufi saint is to be buried where he fell. It is said that Bahadur Khan’s body lies at the entrance of Avenue Road,” said Ali.  A graveyard was constructed for the other martyrs. 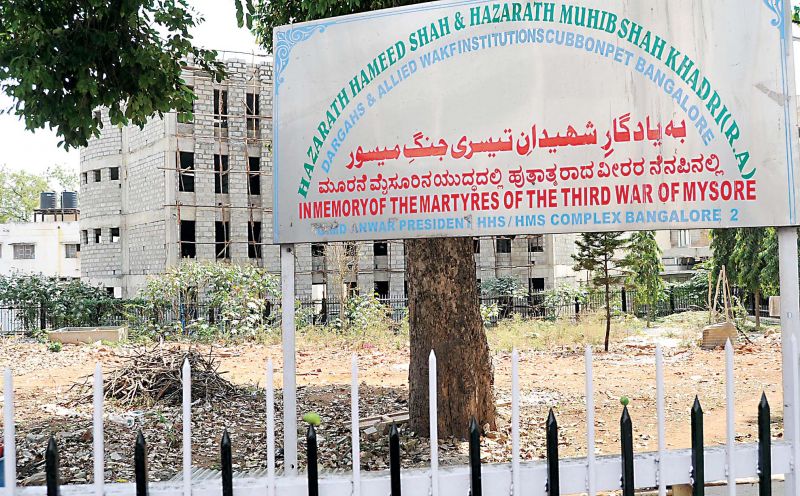 The graveyard near Avenue Road where the Sufi soldiers are buried.

Soon, colourful narratives might be all we have left. Ali tells his story outside Badami House on Hudson Road. One expects to be taken to the kote itself, where the war was likely to have been fought. “Far from it,” said Ali, gesturing around him. “This is where it happened.” The present architecture bears little trace of its glorious past - Badami House curves into the Halsur police station and the fort rampart once ran alongside it. “It was demolished for road widening,” he said. The Kempegowda statue opposite was constructed in 1963, replacing a monument  of Lord Morehouse, who, according to Ali,

“Charged foolishly at the fort and was shot point blank.” Ali weaves his way expertly through the traffic, leading us into a mosque. There, in a corner, lie five innocuous-looking blocks of stone, which, as it happens were the cannonballs used in the war. 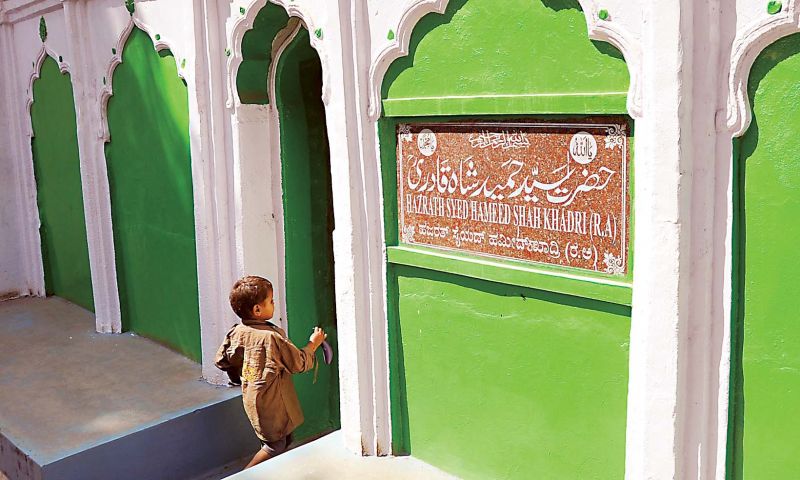 The 228-year-old Srirangapatnam armoury of Tipu Sultan was translocated on Friday, 10 days before the anniversary of the third Anglo-Mysore war. (Photo: Shashidhar B.)

The battle trail leads into a maze of bylanes that surround Avenue Road. We squeeze through scaffolding at a construction site and arrive at a mosque - a plaque reads: In memory of the Martyres of the Third War of Mysore, opening out onto a vacant lot. People pay their respects at the shrine dedicated to Hazrath Syed Hameed Shah Khadri but the graveyard itself is in total disarray. "Sufis believe that graveyards should remain untouched, but this land has been earmarked for a public toilet," said Ali. The factory where Tipu built rockets is nearby too, although a school now stands in its place.

The Sufi connection
The death-anniversary of Tipu Sultan, which the family has been celebrating for the last 12 years, is a Sufi ritual. Tipu, who is now revered as a great Sufi himself, was named after the famous 18th-century saint Tipu Mastan Aulia, who, according to legend, appeared to Haider Ali's wife in a dream, Mansoor explained. "The couple wanted a son and in her dream, the saint told her that he would bless her with a boy provided he lay down his life for his country and as a man of God," said Mansoor. "From his father, he learned the art of war. His mother taught him the religious texts." 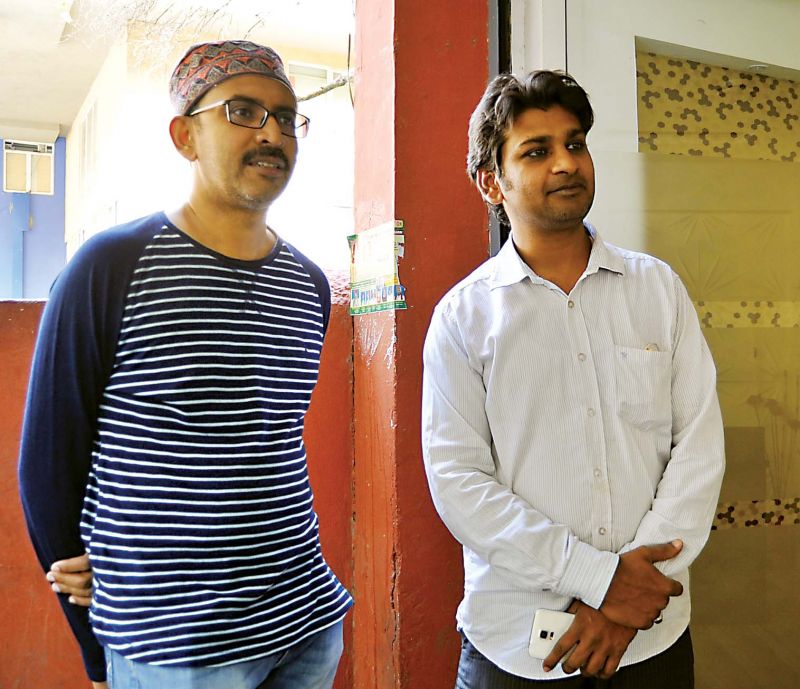 The Descendants
Syed Mansoor is the seventh great-grandson of Tipu Sultan family. Working out of his small office near Hudson Circle, Mansoor is hard at work trying to preserve what’s left of his family’s heritage. “We have just written a letter to the Chief Minister, asking for rehabilitation of the family,” he said. “We have also asked for a library and research centre to be set up.” Mansoor descends from Tipu Sultan’s fifth son. “We are the most documented royal family in the country,”  he remarked. The land where the graveyard is located, he said, was granted by Tipu Sultan during the Sultanate-e-Kudhadad. "Other rulers named their kingdoms after themselves. Sultanate-e-Kudhadad, however, means God's gifted kingdom," Mansoor explained. Over 18000 soldiers lost their lives during the second Anglo-Mysore War. "The 2800-odd Muslims were allocated different spots around Bengaluru. There are around nine."

Andhra Pradesh to survey door-to-door for fever from today