The man-made ponds are still alive and the green canopy is still rich even in the hottest summer in Muthanga. Flora and fauna thrives too. (Photo: DC)

WAYANAD: After visiting George Pattassery’s pepper grove in Mullankolli panchayat in Wayanad district, stepping into Wayanad Wildlife Sanctuary will feel like a blessing. While the pepper grove looks blighted, like a place upon which a mighty curse has befallen, the sanctuary is a green paradise. The contrast is shocking, but it also an eye-opener.

Mullankolli is barely 30 kms away from the western fringe of the Wayanad Sanctuary. It is also not as if both these places have different geographical conditions. The luxuriant Sanctuary is not tropical evergreen like the rain forests in south Western Ghats but, like Mullankolli, a dry deciduous zone. To better appreciate the ecological prosperity of Wayanad Sanctuary one has to look just beyond its eastern border, towards Bandipur and Nagarhole national parks in Karnataka. Both these places look as parched as Pattassery’s pepper grove.

“We find it difficult to sleep these days,” said George Pattassery, the pepper farmer. “One little spark is enough to set my entire farm ablaze,” he said. But the summer has already ruined his entire harvest this year. Their two-and-a-half acres of pepper farm looks as if a deadly pestilence has blown through it. Brittle dead leaves carpet the dry brown earth. Broad shapely pepper leaves, their green gleam lost and fried stiff and brown in the boiling sun, dangle dead from weak creepers. The paddy field lying outside their pepper tract looks scorched and famished; cattle with skin pushing below their bones can be seen feeding on the last remaining patches of bleached grass. 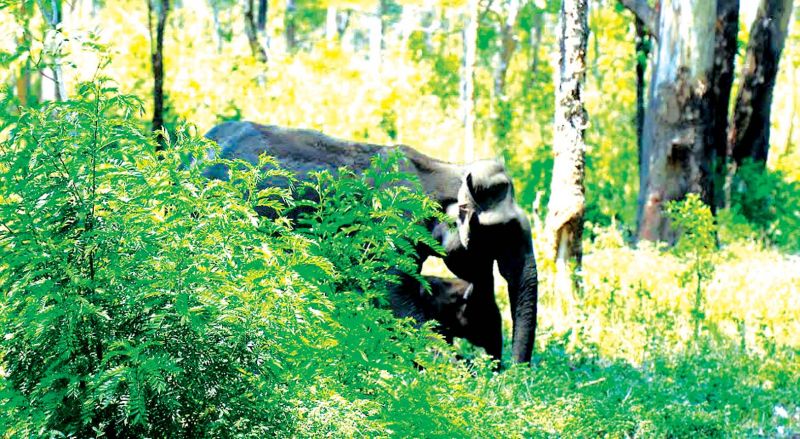 Pattassery said that this summer had put his family back by over 20 years. Summer struck when they were about to reap the fruits of five hard years of labour. It will take three years for a pepper creeper to offer its first stalk. It will take another two years for a substantial harvest. Once harvest begins, the creeper will yield pepper for the next 15 years. Now Pattassery will have to begin from scratch, and wait for five years to harvest his pepper. Nearly 90 percent of agriculture in the area has been laid to waste by the heat.

“Private timber loggers have almost completely removed the tree cover in the area,” said P Dhanesh Kumar, Wayanad Wildlife Sanctuary. According to Dhanesh, substituting Kerala Preservation of Trees Act, 1986 with Promotion of Tree Growth in Non-Forest Areas, 2005 had fuelled massive logging in these areas. “The new Act took away restriction on tree felling,” he said. Kabani, which flows near Pattassery’s grove, is also highly encroached upon. This summer, the river has almost ceased to exist. 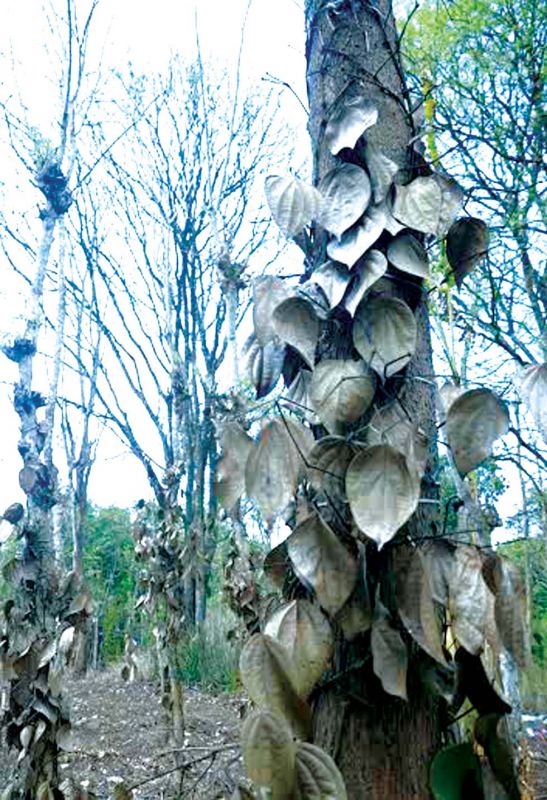 Inside the sanctuary, the Forest Department had been on an ambitious eco-restoration drive for the last many years. “It just so happened that the sanctuary has grown back to such abundance in the year of the most intense summer,” Dhanesh said. Waterfalls were revived, check dams restored, bunds repaired, and ponds dug. The sanctuary is so rich with waterbodies that one can be spotted every 250 metres. Thorny invasive species like senna spectabilis and mimosa, which grow wild all over the place and are disgusting for animals, were pulled out and destroyed. School students and tribal groups were part of this eco-restoration.

Not only has animal traffic increased as a result but it has also been contained within the sanctuary. During summer, animals - mostly elephants, deer, monkeys, and wild buffaloes - migrate from Bandipur area towards Wayanad. “Earlier, when these animals did not find water and food, they trespassed into human settlements. Now, with water and food in abundance right at the border itself, they find no need to bother the humans,” Dhanesh said.

(With inputs from R Ayyappan)