Here is a sneak peek into Modi's adventure on Discovery's Man vs Wild, see video

He would also speak about his keen interest in environmental conservation and values of respecting nature. (Photo: Bear Grylls | Twitter)

In the episode, PM Modi would reveal interesting anecdotes from his life. He would also speak about his keen interest in environmental conservation and values of respecting nature.

Here are some excerpts from the episode which would be aired on August 12 at 9 pm.

Responding to Grylls, when he pointed out evident dangers lurking in their vicinity, PM Modi said, “We should not take this place as a danger zone. When we go against nature then everything becomes dangerous; human beings too become dangerous. On the other hand, if we cooperate with nature, then it also cooperates with us.” 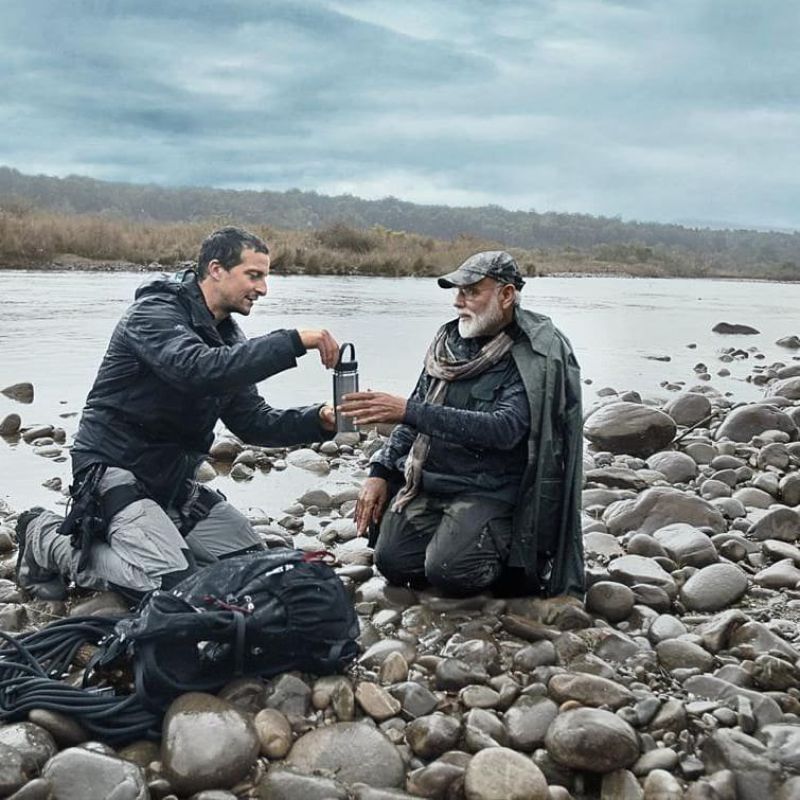 In the video, Grylls gave PM Modi an improvised version of a spear as a safeguard against potential attack from a tiger. PM Modi replied: “My upbringing does not allow me to take a life. However, I will hold on it (the spear) since you insist!”

Bodies pile up due to cremation delay