OOTY: The 'Karnataka Siri horticulture garden (KSHG)', an inter-state garden of the Karnataka government established over 38 acres in the Fern Hill area here, was inaugurated on Monday by Mr. S.S. Mallikarjun, the Karnataka Horticulture minister.

The KSHG, now the second largest public garden in this hill town which is known for its wealth of gardens and parks, has come as a new era tourist attraction here and to pave the way for inter-state co-operation through tourism.

Established on land which was once the property of erstwhile Mysore kingdom and gifted to the Karnataka government by the Maharaja in 1964, the KSHG is spread amidst slopes, valleys, check dams, tea gardens, herbal gardens and woods. Frigid zone glass house, meadows, Italian garden, small lakes, poly green houses and space for Sandino sheep, a specialty of the Nilgiris, make up for the scenic elegance in the garden.

Mr. Mallikarjun, who inaugurated the latest botanical tourist attraction, said that this garden stands as a symbol of inter-state harmony and friendship.

He added that the government of Karnataka has spent Rs 12 crore for establishing this garden and will allot more funds to improve it and add more entertainment-based facilities, such as children's play area, water tower, aquarium and hanging bridge.

Dr J. Innocent Divya, collector of Nilgiris, said in her address that this garden is an added ecological and tourism asset to the Nilgiris.

While Mc Ivor, an expert in garden making, travelled all the way from London in the mid-1800s to Ooty to lay the GBG, his first task was to landscape the area which was a vegetable and potato field. 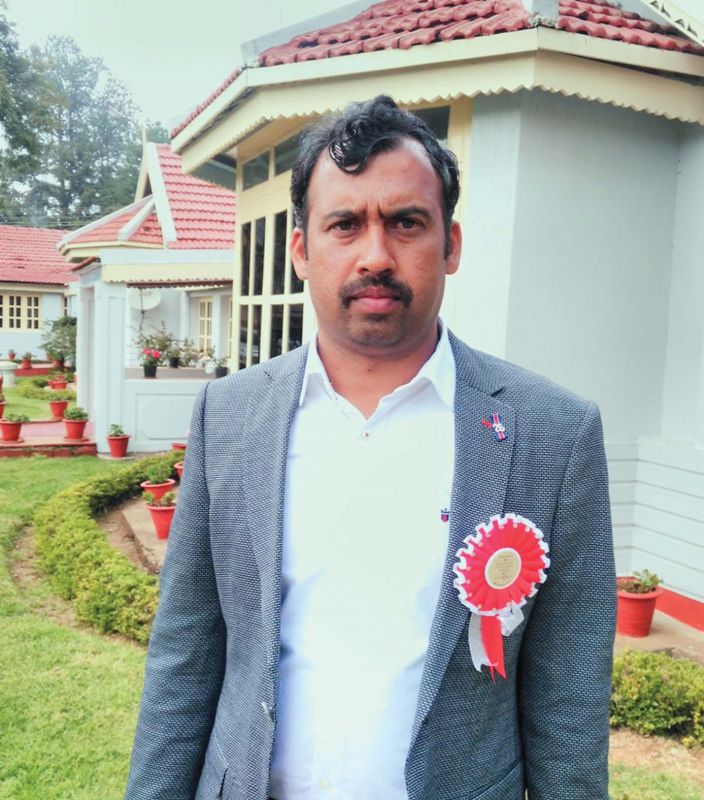 Now, to lay the 'Karnataka Siri horticulture garden (KSHG)' in Ooty, Mr. B.K. Krishnamurthy, a landscape expert in horticulture technology, who is the horticulture officer in the department of horticulture in Karnataka, landed in Ooty seven years ago.  His task too was to convert a potato field into a garden and he took his own time to beautifully landscape the area to give final shape to the KSHG.

Maze garden, topiary excel in KSHG
While the ‘maze garden’ and attractive ‘topiaries’ are the special attractions at the Karnataka Siri horticulture garden (KSHG), the garden administration plans to hold a winter flower show.

The ‘maze garden’ is an outdoor labyrinth in which hedge walls are made up of Cyprus plants that are shaped to perfection to divide into passages.

The ‘maze garden’ culture that evolved from Europe, is intended to confuse visitors inside the natural maze chamber and offers fun activities and recreation.