Benedict Jebakumar posing with nails he collected from a road in Bengaluru. (Photo: Facebook)

Bengaluru: Benedict Jebakumar, a systems engineer working in Bengaluru, has collected over 37 kgs of nails scattered along roads, most of them deliberately planted by nearby puncture shops to benefit their business.

When he first moved to Bengaluru in 2012, the 44-year-old would often have to deal with a punctured tyre when he would take the Outer Ring Road to get back to his house in Banashankari from his office in Bellandur or vice-versa. While at first, he didn’t think much of it, but when it began to become a common occurrence it dawned on him that the puncture was always caused by nails that were situated close to puncture shops. 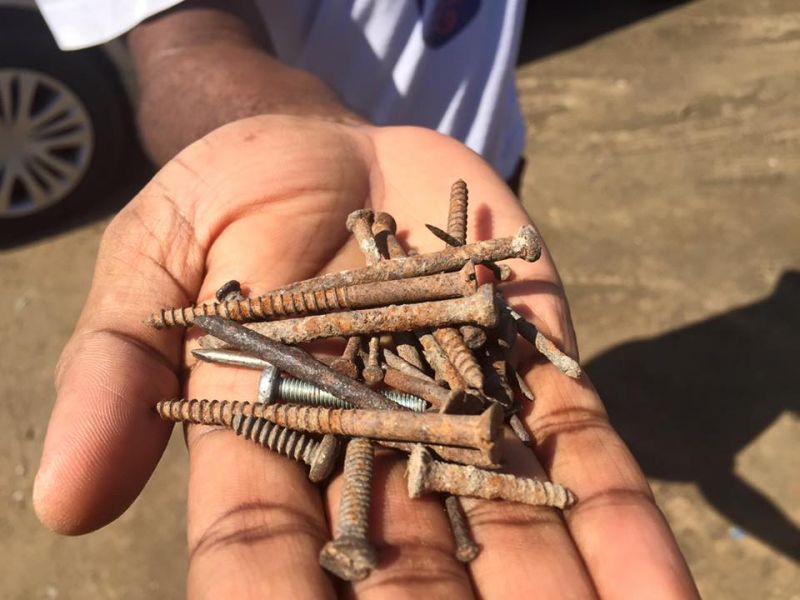 “I have been witnessing the wilful act of repeated scattering of nails on the outer ring road (ORR) in Bangalore since 2012. This is done by the miscreants to make money out of fixing the flat tyre caused by their nails at an exorbitant rates. I have been informing the concerned authorities for remedial action but the problem still persists,” Jebakumar said in a petition that he has started online to tackle the menace.

When authorities didn’t do anything about the problem, he decided to take the matter in his own hands and started combing roads with his bare hands but later bought a magnetic stick to collect the nails. 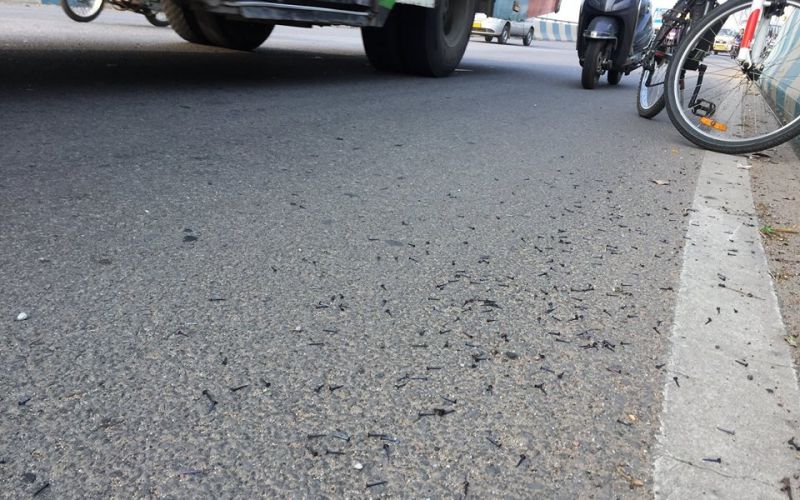 Jebakumar started a Facebook page called `My Road, My Responsibility' in 2014 to create awareness about the menace. He posts photos of the nails he collects in a day and also shocking videos of roads laden with dozens of nails.

Everyday, he dedicates some time of his day, both while going to office and while returning home to clear the road that he travels in.

“Sometimes I feel wretched when I think on how long I need to keep doing this same scavenging work with (no) result from the authorities. But if I don't continue, my own vehicle is sure to get flat since I can never drive in the middle of the road. Also, when I see stranded vehicles due to flat tyre, I feel that my action reduces such mishaps to some extent,” he says on his Facebook page.

How's this for cruelty: Floods wash away businesses set up by corona refugees