Bengaluru – and its brand – transcend the mere physicality of things.

What is Brand Bengaluru? Infrastructure and regulated traffic flow? Inclusivity? An IT hub? Brand expert Harish Bijoor talks to Joyeeta Chakravorty about turning the idea on its head and looking at Bengaluru, the brand, not as the mere sum of its parts but as an attitude. This is more than just good advertising, building a brand means creating an experience.

If the idea of Brand Bengaluru conjures up images of glittering high-rises, a shining IT sector and bad traffic, think again! Brand expert Harish Bijoor, who runs a brand consulting outfit from Bengaluru, has a very different notion of the word ‘branding’. The image of a city, he maintains, is more than its infrastructure, causes and shortcomings.

Bengaluru – and its brand – transcend the mere physicality of things. “My definition of a brand lies in a simple thought, in the minds of people,” he said. "We don’t argue over whether or not a brand is important and want to live in what we call ‘magnet cities’, not ones that repel people. It shows that the people of a city have their own expectations of it and therefore, the brand begins with a new thought.”

"What are the thoughts or images that come to your mind when someone says Bengaluru?" he asks. "To the intrinsic, it would be the image of the city and an understanding of reality taken from daily experiences. This could be bad traffic, road rage, or a collective insensitivity towards its women and children. Those living outside the city, who have to make do with an imagined idea of its realities, the images are of a cosmopolitan IT hub, a highly-educated demographic and high standards of living,” Bijoor explained. 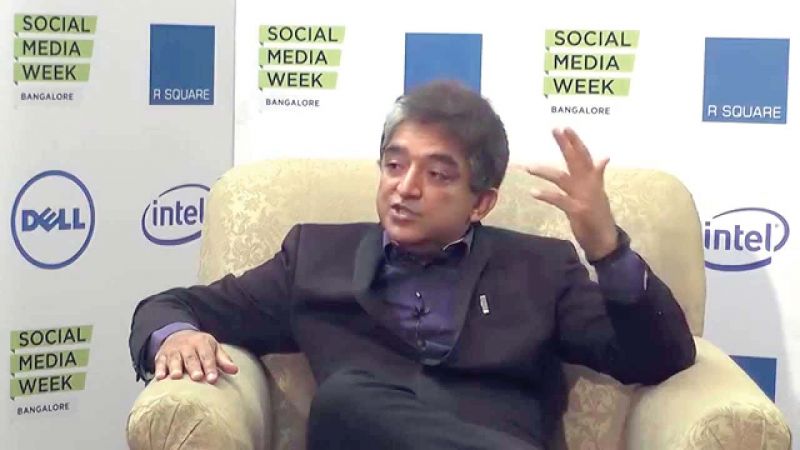 Then again, as we, the people, find ourselves mired by the experiences of daily life and seldom look for solutions. “The reality is not just about bad traffic or a failing judicial system.” The true Bengaluru, he says, is essentially Bisi Bele Bath, a mixture of this and that. “Our menu serves 27 different cuisines. Sadly, the first three images of the city are bad traffic, bad planning, poor infrastructure. These shortcomings cloud our minds.”

Which brings us to the question – as so many realities collide and mingle with one another, each with very different notions of an ideal city – how do we build Brand Bengaluru? “Very simply, by talking about the positive images of the city,” said Bijoor. “It goes deeper than most mega projects. The task doesn’t merely involve advertising, marketing or selling the city. It’s about creating positive experiences within it.” And building positive experiences involves critical verticals of which we must take note. “Let’s start with humility and kindness,” Bijoor remarked. “Humanness is slipping away as the idea of New Bengaluru grows. Old Bengaluru was almost intrusive – neighbours were friends, we could reach out to one another. Old Bengaluru was helpful, involved and hospitable. This warmth is missing and needs to be fixed,” he explained.

The next crucial point is building soft infrastructure. "This refers to building an infrasctructure of human beings willing to devote their time to make the city a better place.” Bijoor, who referred to the steel flyover as a good example of this, says: “Bengaluru needs to be a participative city. There’s no point in casting a vote and forgetting about things until the next election! You cannot outsource these issues. Let’s solve them ourselves.”

Describing Bengaluru as a powder-keg of issues, Bijoor said, “We are a mixed metropolitan, a significantly global city. The dichotomy is troubling: On one hand, we believe ourselves to be dynamic. On the other, we claim that traffic, women and children don’t receive enough attention. What have we become,” he lamented, pausing for a moment to collect his thoughts. “There are so many verticals but the essence of brand building is to ensure that hard and soft infrastructure are built in tandem. People from everywhere else should be able to pick out a Bengalurean in a crowd. This is what we should cultivate. After all, Brand Bengaluru is an attitude, let’s wear it on our sleeves!”

No immunity to protect legislators from law: SC on dismissing Kerala Govt's plea