DECCAN CHRONICLE. | KAMALAPATHI RAO H
Published Dec 3, 2017, 1:10 am IST
Updated Dec 3, 2017, 1:12 am IST
The department of education has selected 566 schools for the introduction of karate classes for at least three months.

The Centre has released Rs 48.11 lakh for girls to be trained.

Hyderabad: The girl students of government schools in four districts will be trained in martial arts to equip them with the ability to protect themselves under adverse conditions. This move is in keeping with the recommendations made by the Women Protection Commission chaired by senior IAS officer Punam Malakondaiah after the formation of TS.

The undivided district of Mahbubnagar has over 2,000 government schools, 72 Kasturba schools and eight model schools, with 1.2 lakh girl students.

The department of education has selected 566 of these schools for the introduction of karate classes for at least three months a year. These 566 schools now fall within the districts of Mahbubnagar, Wanaparthy, Jogulamba-Gadwal and Nagar Kurnool.

An official from the department of school education said that though it was an initiative of the Telangana government, it was being funded by the Central government under the Rashtriya Madhyamik Shiksha Abhiyan (RMSA).

“The Central government has already released `48.11 lakh for the provision of training in martial arts to girls in the ninth and tenth standards. Each school will receive `8,500 to be used for the remuneration of short-term instructors,” he said.

The official said that the government had already issued instructions to the headmasters of the 566 schools selected. “The government wants classes to be launched as soon as possible in the view of the upcoming SSC and annual examinations. We are planning to conduct classes without disturbing their regular academic sessions and revision time. As per the blueprint, the girls will be trained in self-defence. They will be taught how to block atta-cks and react quickly if they face eve-teasing or harassment,” he said. Another official from the department said that the government was planning to introduce similar classes in 5,111 government schools across the state. 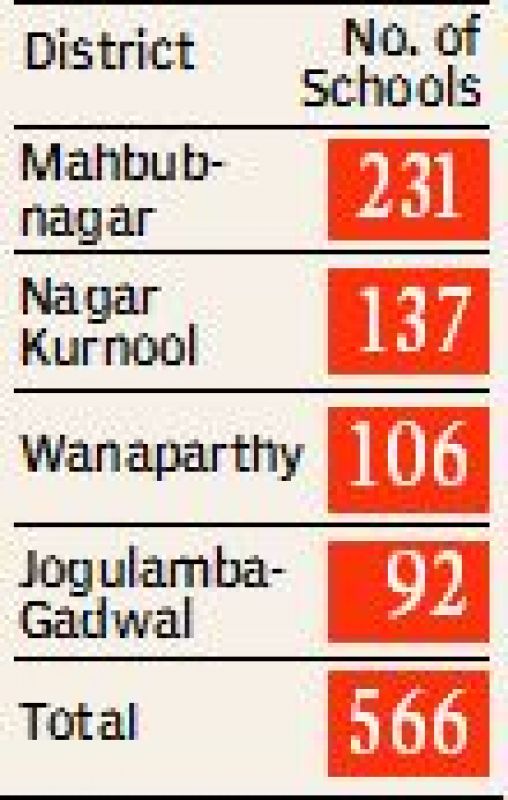 India rules out any third-party mediation

No plebiscite on Jammu and Kashmir, says Centre

Appam, egg curry back on Railways menu after protests in Kerala