Wanderers, the Bulleteers of Hyderabad, are known for being a patriotic lot. So it comes as no surprise that the bikers held a rally with the national flag to mark the birth anniversary of Pingali Venkayya.

Ghantasala Gopi, the grandson of Pingali Venkayya, who was a freedom fighter and the designer of the national flag, was present at the event. He said, “I have been honoured to be called as the chief guest today and talk about my grandfather.” 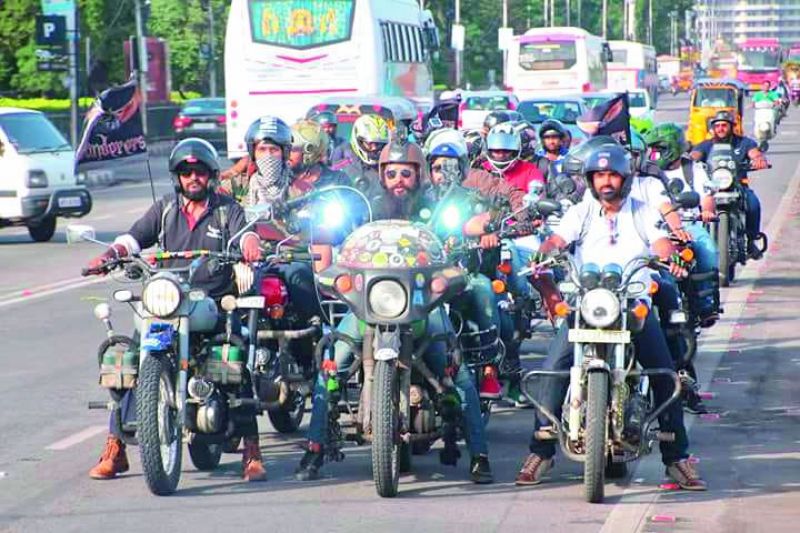 The Wanderers during the rally held in the city.

Even though he is the grandson of the great freedom fighter, he believes all the efforts of his grandfather have been brought to the limelight by the club. He shares that this club has been celebrating his grandfather’s birth anniversary every year and the event only gets bigger each time.

He said, “They had earlier  gone to Vijayawada especially on their bikes and made all the locals aware about my grandfather,” adding, “I just love their spirit when each national celebration takes place. They are always seen with the national flag.”

Gopi reveals his grandfather took a lot of pains to make the flag. “He had said ‘why we should salute the Britishers, let’s have our own flag’,” said the proud grandson. He further reveals that Gandhiji helped his grandfather with the idea of having a chakra and then it was further replaced with the Ashoka Chakra.

Cyclone Asani: Depression to intensify in next 24 hrs

Flight services resume from Puducherry to Hyderabad and Bengaluru