DECCAN CHRONICLE. | JOSE KURIAN
Published May 3, 2017, 1:48 am IST
Updated May 3, 2017, 6:43 am IST
DMRC authorities revealed that this approach of the state government amounts at harassing an eminent personality like Sreedharan.

KOZHIKODE: For the last three months Delhi Metro Rail Corporation principal adviser E. Sreedharan has been waiting for Rs 2 crore released by the state government in February for preparing the Detailed Project Report (DPR) of the Nilambur-Nanjangud railway line through Wayanad. In an order dated February 12, 2017 transport department secretary K.R. Jyothilal had sanctioned Rs 8 crore for DMRC and immediate release of Rs 2 crore as first installment. The order said that  DMRC has consented to prepare the DPR for an amount of Rs 8 crore and the company requested to release the mobilisation advance of Rs 2 crore plus service tax  immediately to commence the work.

The second paragraph of the order says that Rs 2 crore is released to DMRC account at SBI, Ernakulam branch. However, the money is yet to reach the account, it is learned. DMRC authorities revealed that this approach of the state government amounts at harassing an eminent personality like Sreedharan. “We feel that there is attempt to force us to back out from the project delaying the funds. We will wait for few more days and would reach at a decision,” said the official on condition of anonymity. “Sreedharan himself would express his angst at the right time,” he said. 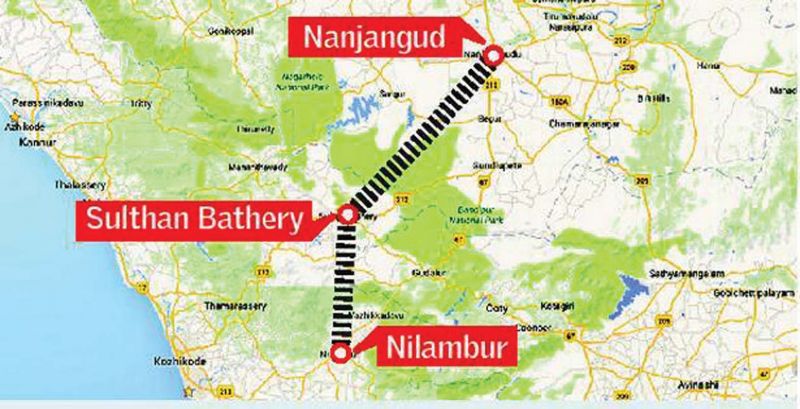 However, Nilgiri-Wayanad Railway and National Highway action council feels that though the government has expressed its willingness to execute the long pending dream railway project, still there are elements working behind the curtain to torpedo the project. Action council convenor T.M. Rasheed said that it is high time the LDF government eliminate such elements working against the government and public. Started with the survey in 1882, the Nilambur- Nanjangode railway line has been a point of discussion in rail circles for more than a century. The last survey was conducted in 2004. and the railway board had submitted the report to the planning commission after detailed perusal.

All set for Assembly session from today, CM to unveil Dalit Bandhu roadmap in House