Meghna has appealed to more members of the transgender community to look at driving as a viable career option to become self-reliant. (Photo: ANI/Twitter)

Bhubaneshwar: With a Master of Business Administration (MBA) in human resource and marketing, Meghna Sahoo is Ola's first transgender cab driver. She is from Bhubaneswar.

Speaking to ANI, 30-year-old Meghna Sahoo, who became the first transgender driver-partner of cab aggregator Ola, said she faced a lot of discrimination and rejection due to her gender identity and switched jobs in the hope of being treated at par with others. 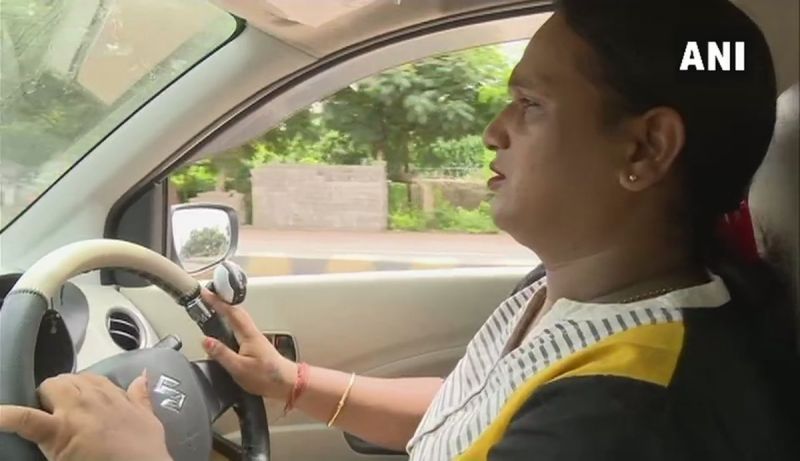 Although landing a job was a difficult task, Meghna said that women travellers felt safer while commuting in her cab.

"I also didn't face any difficulty with male travellers because of my gender identity, and I feel happy about that," she added.

Meghna has appealed to more members of the transgender community to look at driving as a viable career option to become self-reliant.

Stories of Hope | Friends come together for a cause