The MPEDA is taking up various promotional activities to increase the area under organic farming and improve productivity for export to the niche markets.

Visakhapatnam: Move over organic veggies, rice and cereals now it’s organic prawns. After vegetables, rice and cereals, the focus has now shifted towards prawns rea-red in an organic manner. With the demand for organic products from other countries rising, the Marine Products Exports Development Authority (MPEDA) had taken up organic aquaculture by formulating the ‘India Organic Aquaculture Project’ (IOAP) in collaboration with the Swiss Import Promotion Programme Organisation.

Seafood exports from AP stand close to Rs 7,000 crore per annum, shrimp forming the major part of this. However, the dwindling amount of marine shrimp has been worrying. According to industry estimates, the shrimp catch which used to be 30 per cent of the total, has gradually come down to 3 per cent. 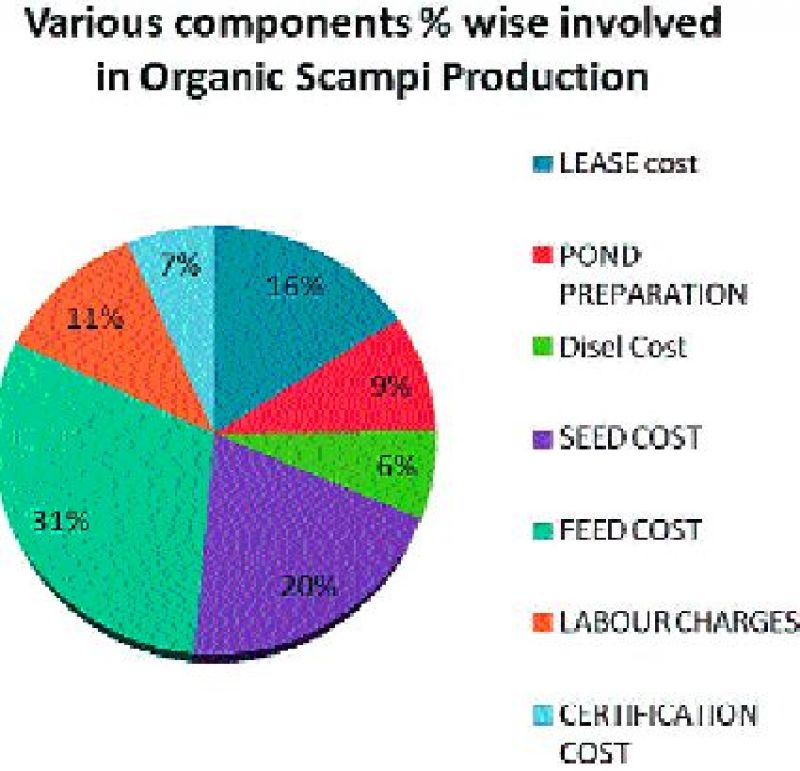 The MPEDA encouraged aqua farmers in AP and Kerala to take up fresh water prawn farming in an organic manner on an experimental basis: they were asked to use seed, feed produced in an organic way and purified water.

The use of certain anti-biotics by farmers for quality had cast a shadow on the exports of vanamei shrimp from AP earlier. The Coastal Aquaculture Authority, that regulates shrimp farming in the country, has allowed the use of some antibiotics to safeguard the brood stock from various viruses. However, the European Union (EU) had banned the use of antibiotics, like nitrofuran and chloramphenicol, which is commonly used by Indian, especially AP, shrimp farmers. The EU banned the use of nitrofurans for livestock production due to concerns about the carcinogenicity of the drug residues and their potentially harmful effects on human health. There were instances earlier where consignments of vanamei shrimp from AP were rejected by the EU after it was found that they bore residues of these two antibiotics.

“The utmost care needs to be taken while nurturing prawns in an organic manner. Organic manu-re, like sterilised cow dung, has to be used to produce micro organisms, such as plankton bloom, to enrich the pond to rear the prawns. Generally, pesticides and other chemicals are used to  produce the plankton. Feed is also produced with a separate organic formula. Seed is also procured from certified suppliers who produce it in an organic manner,” said MPEDA Andhra division (Aqua-culture) deputy director, Dr S. Skandan.

However, due to the risk involved and care necessary to be taken, not many aqua farmers are showing interest in organic prawn farming, Mr Skandan added.

He said the MPEDA has been promoting organic aquaculture by giving prawn feed and seed on subsidy and also some incentives through various schemes.

Indian democracy is global public good; if that cracks, it will cause problem: Rahul