The students said they had a meeting with officials of the Ministry of External Affairs where they were assured of security and safety. (Photo: Twitter/ANI)

New Delhi: A group of African students in the national capital called off a demonstration to protest the spate of assaults against the community after the government assured them of better security.

The students met Sushma Swaraj along with other officials of the Ministry of External Affairs where they were assured of security and safety. The government officials also requested them not to go ahead with their planned protest at Jantar Mantar.

"The day this incident took place, I sought a report from Lt Governor and I was informed that 2 people have been arrested," said Sushma Swaraj after the meeting. "CCTV footage clearly shows that Indian citizens who were present at spot, tried their best to save Masunda Oliver," she added. 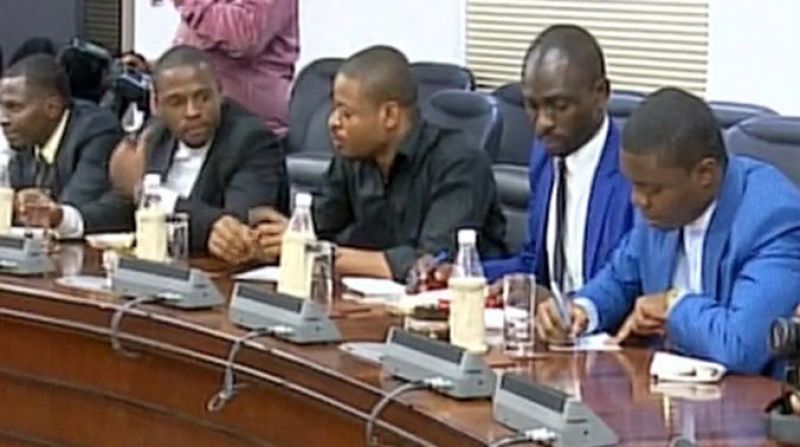 Meanwhile, the Association of African Students in India in a statement said, "There was a high-level meeting with the Permanent Secretary of Ministry of External Affairs yesterday. He listened to our grievances and has made commitments to ensure our safety in India. Leaders of 15 African countries were also present during the meeting."

It further said, "There was also a meeting with Delhi Police Commissioner and other senior officials where contact details of high level officials were shared with us and they promised us of better policing with respect to Africans".

"There was also a meeting with the African Ambassador body in which they advised us to take the path of diplomacy and hold the Indian government to their words... and also fast track justice for past cases. The parents of Congolese youth M K Olivier have also requested us to not take part in the protest," it said.

Foreign Secretary S Jaishankar had yesterday met a group of African students who raised their concerns over host of issues including better security in the wake of the killing of Congolese and cases of assaults against the community.

There has been a series of attacks on African nationals in the last few days including killing of the Congolese youth and assault on a 23-year-old Nigerian student in Hyderabad.

Five persons have so far been arrested in connection with the attacks.

■Africans are our guests, attacks on them despicable: VP Hamid Ansari