Aruna Shanbaug was raped in 1973 by a ward boy following which she entered into a vegetative state and died on May 18, 2015. (Photo: PTI)

New Delhi: The Centre has informed the Supreme Court that it will come out with a legislation to allow passive euthanasia and it is against permitting active euthanasia.

Under passive euthanasia, a terminally ill patient, who is in a vegetative state with no hope of recovery, can be put to death peacefully by withdrawing the life support system.

In its affidavit filed on Friday, the Centre said the legislation could be considered only after the five-judge Constitution bench gives a go-ahead for the law. 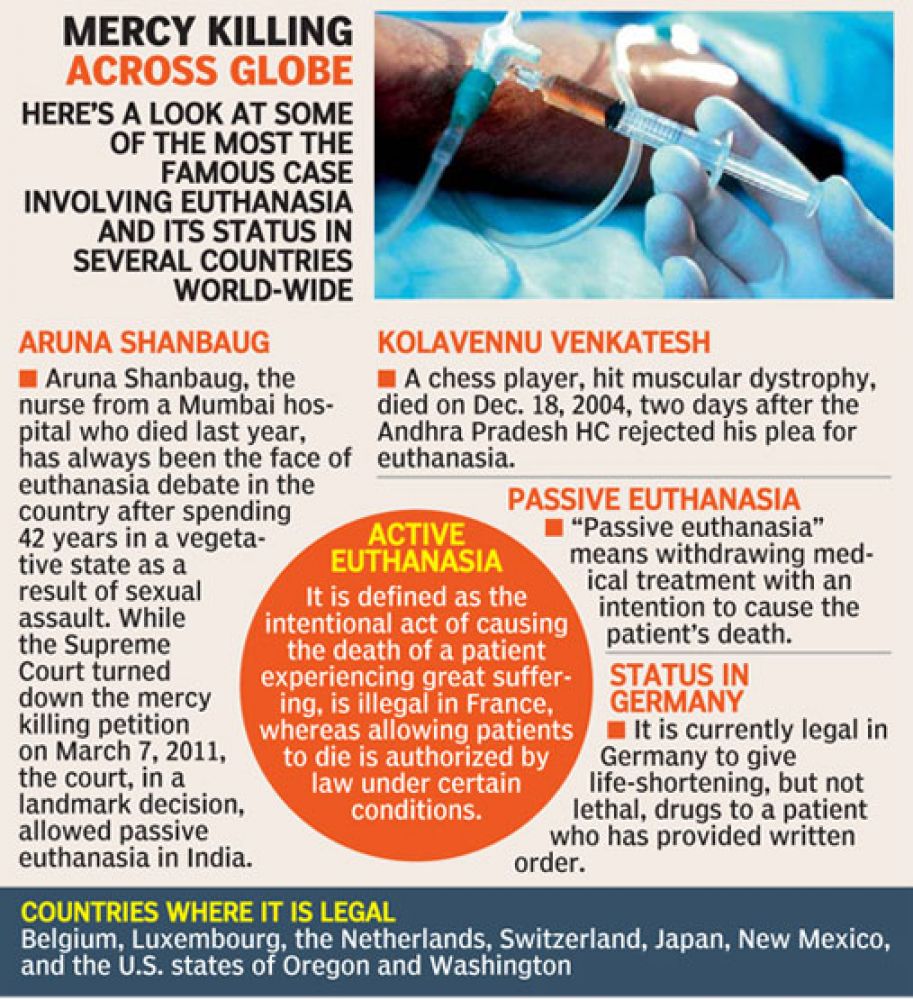 The health ministry said that an expert panel has made changes and cleared the formulation of legislation on passive euthanasia after extensive debates, from July 2014 to June 2015.

The committee, however, refused on legalising active euthanasia on the ground that this would lead to potential misuse and is practised in very few countries worldwide.

The health ministry said it had consulted the ministry of law and justice on the appropriateness of framing the euthanasia law.

Aruna Shanbaug
Aruna Shanbaug, the nurse from a Mumbai hospital who died last year, has always been the face of euthanasia debate in the country after spending 42 years in a vegetative state as a result of sexual assault. While the Supreme Court turned down the mercy killing petition on March 7, 2011, the court, in a landmark decision, allowed passive euthanasia in India.

Status in Germany
It is currently legal in Germany to give life-shortening, but not lethal, drugs to a patient who has provided written order.

Active euthanasia
It is defined as the intentional act of causing the death of a patient experiencing great suffering, is illegal in France, whereas allowing patients to die is authorized by law under certain conditions.

Countries where it is legal
Belgium, Luxembourg, the Netherlands, Switzerland, Japan, New Mexico, and the U.S. states of Oregon and Washington