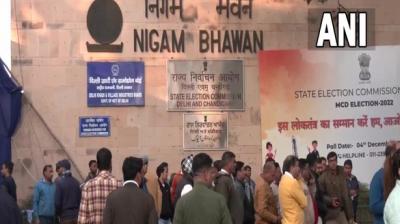 Planning next phase of expansion of FM radio for smaller cities: govt

The next phase of extension of FM radio broadcast is on the cards and cities having population of one lakh and above will soon have FM radio channels, the I&B Ministry announced. (Photo: Facebook)

Kolkata: The Centre is planning the next phase of expansion of FM radio broadcasting to ensure smaller cities have their own FM radio channels, an official said on Friday.

"The next phase of extension of FM radio broadcast is on the cards and cities having population of one lakh and above will soon have FM radio channels," Information and Broadcasting ministry's Secretary Ajay Mittal said.

Under the ongoing efforts of promoting community radio stations, the ministry is helping to set up such stations within a limited area for dissemination of information, which plays a vital role during calamities, agricultural support and entertainment.

The support should come for these stations from within the concerned communities, he added.

State administrations are also increasingly taking up the cause of these radios and the agriculture department of West Bengal government has been active in getting the licenses for community broadcasts, Mittal said.

On promotion of Indian films, he said besides facilitating cross-regional shooting of movies within India, shooting of foreign films on Indian locations were to be actively promoted by them.

The ministry will also extend financial help of up to Rs one crore to outstanding Indian films for promotion at major international film awards.