The drugs seized from the two accused

Bengaluru: In a major crackdown on the drug mafia, the Central Crime Branch (CCB) busted an international drug racket with links to mafia in Canada and arrested two people on Thursday.

The police got a crucial tipoff on the racket from the parent of a drug addict in the city. The police then raided Atif Salim (25) and Rohit Das (26), who hail from Kolkata, and seized 2.75 kg of drugs, including 14 packets of Marijuana hidden in milk powder boxes, 100 cigarettes laced with hashish oil, 12 packets of weed chocolate and peppermint jelly and Rs 1 lakh cash. City Police Commissioner Bhaskar Rao said that the accused sourced marijuana (hydro-ganja) from Canada through the Dark Web. They kept in constant touch with their contacts in Canada through the WickrMe app and placed orders for ganja, hashish oil-laced cigarettes and weed chocolates and jellies. 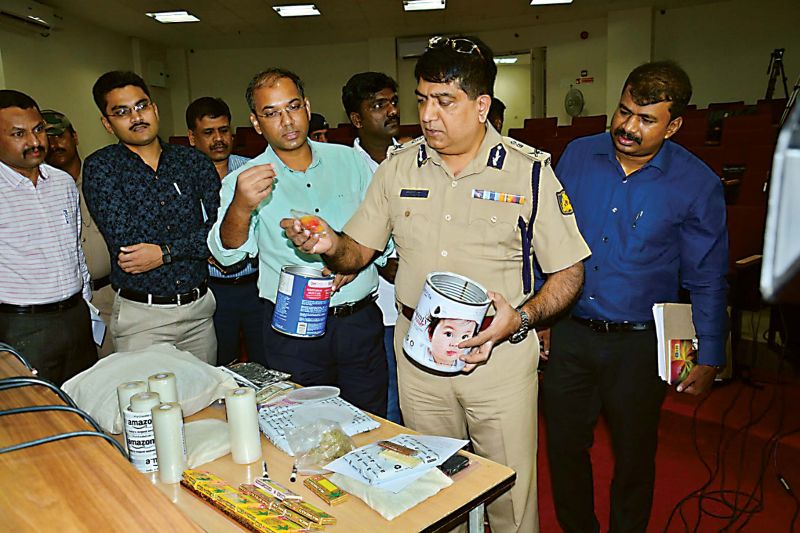 After the parent tipped off the police, CCB sleuths raided an apartment in the city from where the accused managed their operations, Mr Rao said.

The police also recovered chocolate, cola and strawberry-laced amphetamines from the apartment. The police have sought the assistance of central agencies to find out how the drugs slipped through the customs.

The accused sold ganja for Rs 3,000-4,000 per gram and the drugs seized at the apartment are worth Rs 1.59 crore. Mr Sandeep Patil, Joint Commissioner of Police (Crime), said that the main target of the two were school and college students. “They first the students with weed-laced chocolates and mint jellies. Once they got addicted, the accused sold marijuana at high rates," he said.

An FIR has been registered at the Sadduguntepalya police station under the Indian Penal Code and Narcotic Drugs and Psychotropic Substances (NDPS) Act.