Bengaluru: In what could be considered an informal launch of the BJP’s campaign for the 2018 Assembly elections in Karnataka, Prime Minister Narendra Modi said the enthusiasm of party workers was enough indication that people of the state want to join the ‘Vikas Yatra’ for overall development.

Addressing party workers at HAL Airport here on Sunday, the PM  said the large turnout of people proved that they were no longer ready to wait for the Assembly elections due after six months but want to join the ‘Vikas Yatra'  of the Bharatiya Janata Party-led NDA government at the Centre. People were fed up with the Congress government in the state and want to have the BJP in power to join the  development process. " I am optimistic that the BJP will return to power and there will be 'vikas' (development)," he said. 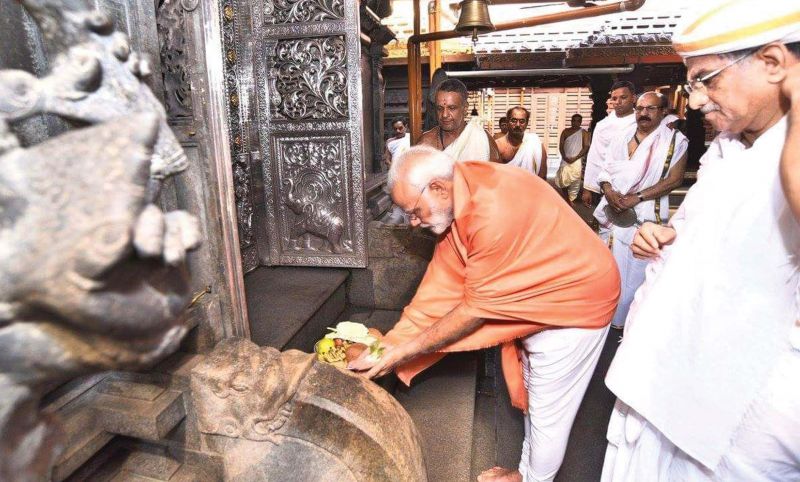 The PM at Sri Manjunatheswara Temple at Dharmasthala earlier in the day (Photo: DC)

Party workers chanted 'Modi, Modi' as he lashed out at the Congress. The PM began his speech with two sentences in Kannada thanking people for turning up in large numbers at short notice. Sources said the Bharatiya Janata Party leaders had requested him to address workers for at least 10-15 minutes to boost their morale in view of the coming elections.

Amarinder hits out at Gandhi siblings: 'They are misguided'