The flight 9W339, which took off from Mumbai at 0255 hours, landed at Ahmedabad airport at around 0345 hours. (Photo: PTI/Representational)

Ahmedabad: A Delhi-bound Jet Airways flight from Mumbai was on Monday diverted to the airport in Ahmedabad for "security reasons" after a threat note was recovered from a toilet.

"The aircraft is covered by hijackers, should not land in Delhi, should be flown straight to PoK," read the note, ANI quoted the security agencies as saying. 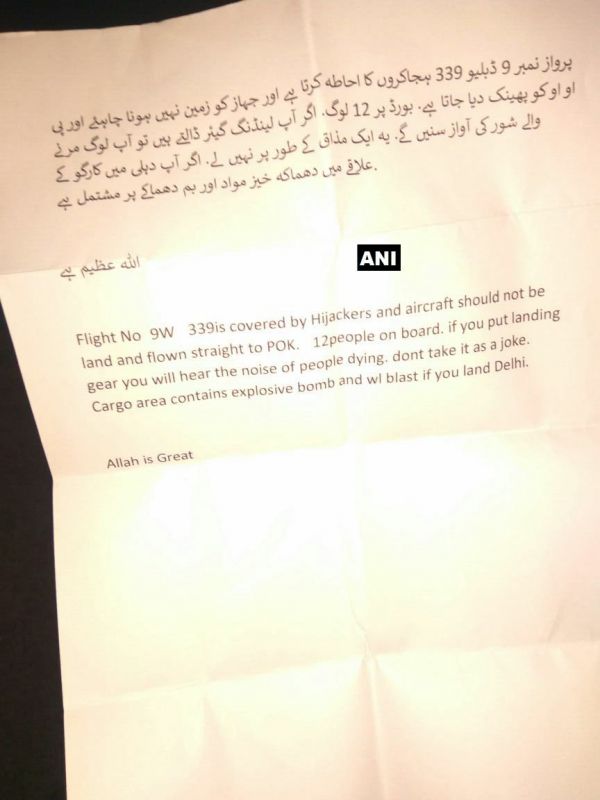 A passenger onboard said the flight was diverted to Ahmedabad citing "security reasons". All the passengers were asked to deplane and were screened.

The number of passengers onboard could not be immediately ascertained. There was no immediate response from Jet Airways spokesperson.