Mysore wears a royal look, decked up for Dasara festivities

Mysore: As the country is submerged in celebrating Vijayadashami, commonly known as Dussehra, the princely state Mysore is all charged up to celebrate Dasara, as it is called in the city, in the most extravagant way.

One of the biggest highlights of the 10-day celebrations is the beautifully illuminated Mysore Palace which is decorated with 100,000 light bulbs and is lit from 7 pm to 10 pm on each day of the festival. 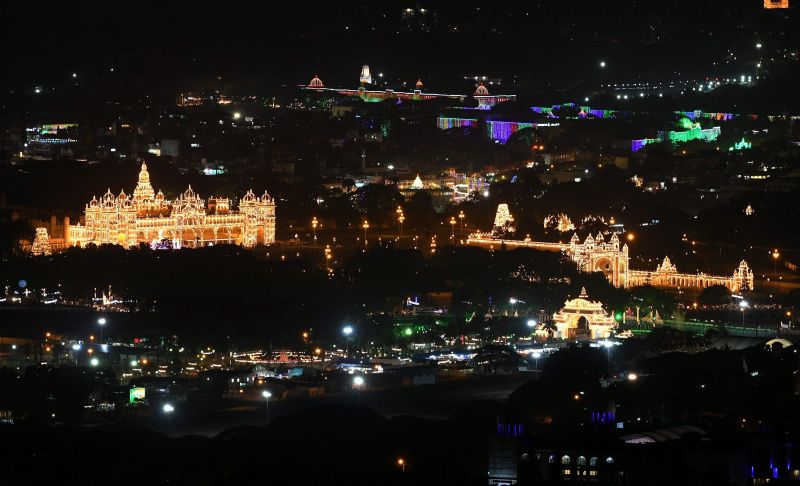 Mysore Palace and the city during Dasara. (Photo: PTI)

Mysore Dasara is a Royal Festival celebrating victory of Truth over Evil. Legend has it that the Goddess Chamundeeswari or Durga slew the demon Mahishasuran on Vijayadashami day.

A grand spectacular procession will be held for Dasara, on Saturday, which starts from Mysore Palace and ends in Bannimantap.

The traditional Dasara procession (locally known as Jamboo Savari) is held on the streets of Mysuru city.

Dasara jumbos will march on the procession route from Mysore Palace to Bannimantap twice a day. 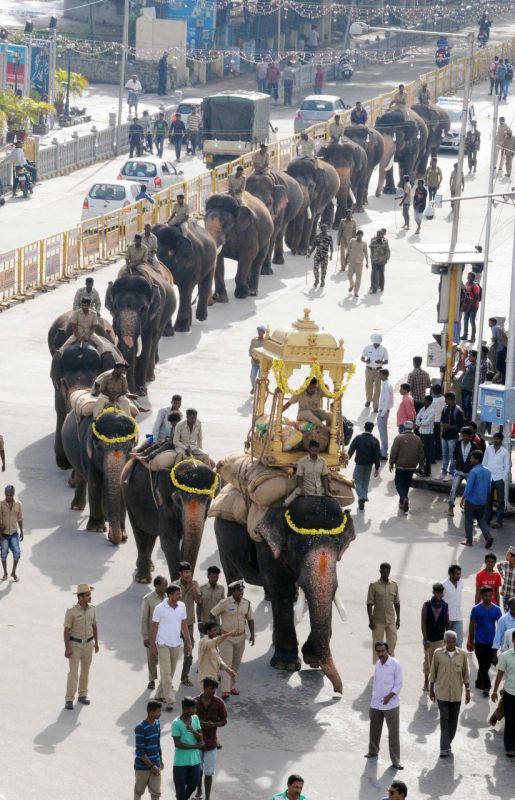 The main attraction of this procession is the idol of the Goddess Chamundeshwari which is placed in a golden howdah atop a decorated elephant.

In Karnataka, Dasara is observed as State festival - Nadahabba, and was started by Raja Wadiyar who ascended the throne in 1610 AD.

The celebration of the festival is steered by the Royal Family of Mysore. The royal family performs special pooja on the occasion of Dasara.