Plastics show up as Korattur lake dries up

DECCAN CHRONICLE. | KATHELENE ANTONY
Published Aug 30, 2018, 1:53 am IST
Updated Aug 30, 2018, 3:35 am IST
Residents got the short end of the bargain as apart from the stench, mosquitoes and other infections plague the area.

Chennai: Plastic bag and covers, which have been accumulating in Korattur lake bed for years were discovered after the water body dried up during the scorching summer months.

The Korattur lake, once spread across over 900 acres, was part of a complex rainwater management system where this lake, along with the Ambattur and Madhavaram lakes collect rainwater even and supply it as drinking water in Chennai until the 1970s. However, after industries were set up in the area, the effluents and domestic sewage were discharged into the lake, destroying its water quality says Shekaran S, an activist working for the betterment of the lake. 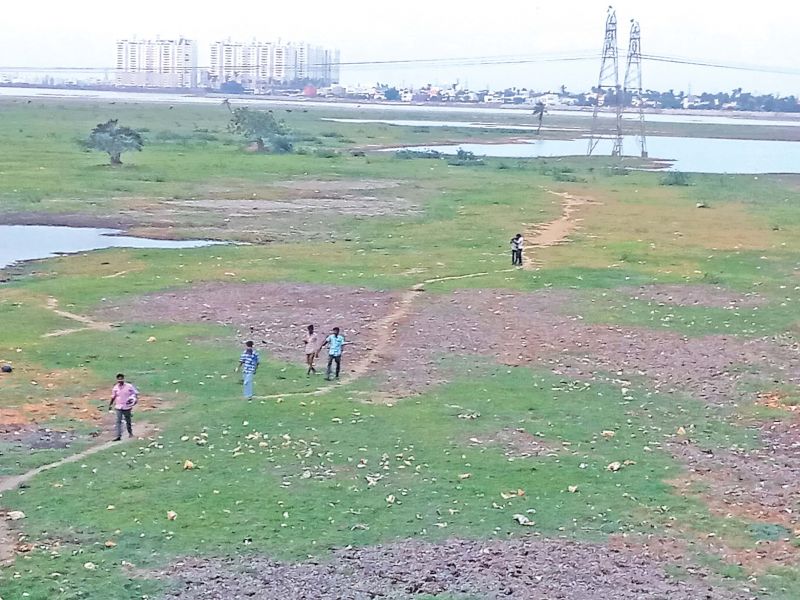 How the dried-up lake looks (now)

Now, the lake bed is filled with layers of plastic and the government and the public works department aren’t doing anything, he says. “In 2016, we filed a case with the National Green Tribunal to stop the discharge of sewage and sludge into the lake. Two canals which used to carry the impurities into the lake were shut off following a stay order from the NGT,” says Shekaran.

The sigh of relief didn’t last long as PWD broke open the canals during Cyclone Vardah and the floods in December 2015 and let the water in to avoid flooding. “In the name of ‘saving the people,’ they destroyed the lakes,” says Shekaran. Now, he, along with an association formed to restore the lake plan to take this up at the Madras High Court.

Residents got the short end of the bargain as apart from the stench, mosquitoes and other infections plague the area. “As the area is now dry, waste is dumped onto the lake bed, the groundwater is completely contaminated, and people even use the area as a toilet,” says M Bhuvaneshwari, a resident in the area.

“Some people even bring their garbage to the lake and dump it here. All drains in the area are led to this lake unless a proper plan is drawn up, nothing here can change,” believes M. Elangovan, another resident living close to the lake. The public works department was allocated Rs 33 crore to desilt and beautify the lake. Activists say nothing is being done.

“If a bridge is being constructed, we can see how much work they have done on it, how does one know how much work is being done underwater?” questions Shekaran. He also pointed out that the workers usually just clean up the water hyacinth built up on the surface and leave.

Railways defends itself, says Shramik Specials can be terminated or rerouted