Jaipal Reddy, 77, passed away in the early hours of Sunday in a hospital in the city. 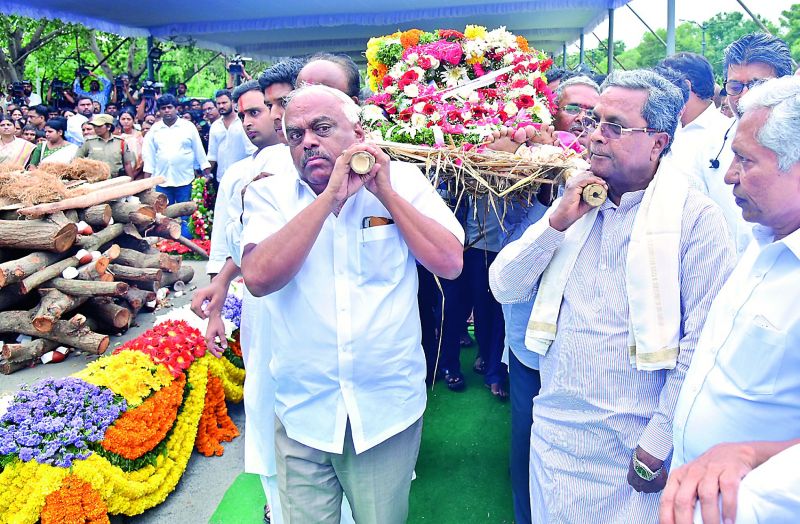 Former Karnataka Assembly Speaker K.R. Ramesh Kumar and former Karnataka chief minister Siddaramaiah carry the body of the departed leader for cremation on Monday at Necklace Road.He was cremated near PV Ghat on Necklace Road with full state honours. His eldest son Arvind Reddy lit the pyre as hundreds of people including politicians and the late leader’s relatives gathered at the cremation site despite inclement weather, to give a tearful adieu the beloved leader. Armed police personnel gave a gun salute by firing three rounds in the air.

In the morning, Rajya Sabha, chairman M. Venkaiah Naidu became quite emotional while reading out the obituary reference to Jaipal Reddy, who was two times RS member, and recalled his 40 year long association with him.

KCR urges farmers not to rest till MSP made a right

Youth critically injured after being attacked over love affair