Church Street bomber was at large in Bengaluru city

Police officers conducting the investigation after the blast on Dec. 28, 2014

Bengaluru: Exactly one year and one month after the Church Street blast claimed the life of a hapless mother of two, the National Investigation Agency said on Friday that they had arrested Ahmedabad resident Mohammad Rafeeq alias Jaweed alias Alam Jeb Afridi, who had been working in the IT hub as an air-conditioning electrician for over three years.

Rafeeq - who confessed that he was the one in the CCTV footage - was taken into custody by Telangana ATS sleuths from his home in Vinayaka Nagar in Parappana Agrahara in Bengaluru on January 23 evening. He was a suspect in a terror case in Hyderabad and Ahmedabad. He had stabbed an ATS staff at the time of his arrest. 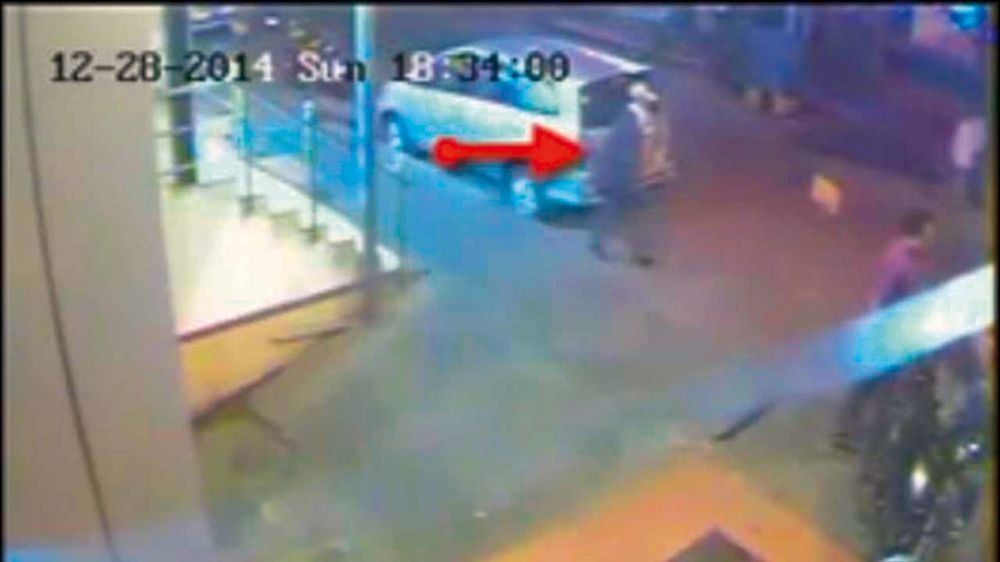 The CCTV footage of Church Street blast suspect, Mohd Rafeeq, who was arrested in Bengaluru on Friday.

The breakthrough came when the terror suspect, a rookie who was under training and was working under his handler from the Students Islamic Movement of India (SIMI), attempted to flee, after news broke of the four terror suspects who had been detained by the NIA in a pre-Republic Day sweep. The four were said to be close to Rafeeq and he was worried his cover would be blown. The ATS, which had been keeping a watch on him, nabbed him before he made his escape.

Most chilling was his confession that he was tasked to blow up the Church Street restaurant Coconut Grove as his handler was tipped off that some Israelis had made a booking to dine there. He has also admitted to his role in the incident of arson at the Israeli Visa Centre in Bengaluru. During the search of his residence in Bengaluru, the investigators recovered a lot of anti-Semitic hate literature.