Accused drove around city with body before dumping it (Representational image)

Warangal: A 19-year-old girl who went out to celebrate her birthday with a friend was found dead by the roadside at Nandhi Hills colony in Hanamkonda late on Wednesday night. The incident comes at a time when the city is just recovering from the rape and murder of a nine-month-old baby earlier this year.

The victim’s parents lodged a complaint with the police that she had gone missing.

Based on the complaint, the police identified the body and traced and arrested one Puli Sai Goud, a final year college student, for the murder on Thursday.

The girl, an intermediate student, is a resident of Deendayal Nagar Colony. The two met recently and had been interacting with each other over the phone, police said. After asking her to meet him to celebrate her birthday, Sai Goud allegedly took her  in a car to a secluded location near Pendyal railway station on the outskirts of the city. She was raped and killed on the spot. Police commissioner V. Ravinder said the deceased told her father, a vegetable vendor, that she would visit the temple on her birthday. When she did not return by evening and her phone was found switched off, a search was initiated and a missing complaint was filed.

At about 10 pm on Wednesday, the police received information about a body. The parents of the missing girl identified her as their daughter but she was wearing a different dress from the one in which she had left home. There was evidence of physical trauma on her body. The body was shifted to MGM hospital for post-mortem and handed over to the family in the morning.

Family members of the girl have demanded the strictest punishment for the accused to ensure that such incidents do not recur. 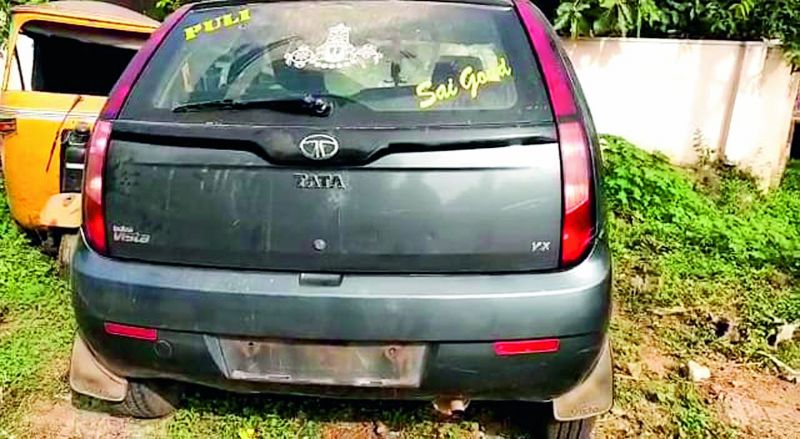 Accused drove around city with body before dumping it

Retracing the steps of Puli Sai Goud, who allegedly raped and killed a girl on Wednesday, police say he drove around the city with her body in a car before disposing it of at night.

Working on mobile phone conversations and CCTV footage, the police said he drove around Chinna Pendyal, Husnabad, Elkathurthy, KUC crossroads with the body in the car.

He parked the car near Kakatiya Government College in the heart of the city and went shopping for a new dress for the girl. He stopped the car in a secluded location near New Shayampet where he changed the blood stained clothes of the girl. Sai Goud is a native of Nemaligondla of Station Ghanpur mandal in Jangaon district and studies at a private college situated on Hunter Road.

On Wednesday, he is said to have asked the girl to meet him at Kazipet at about 2 pm. He picked her up and took her near Pendyal railway station where he forced himself on her, police said.

She died of shock and excessive bleeding at about 3 pm, the police say.

A panic-stricken Sai Goud called two of his friends to the location and asked them to help him dispose of the body. After looking at the condition of the body, his friends refused and left.

“Sai put the body in the car and roamed around the city before dropping it. Based on mobile phone conversations and CCTV footage, we traced the accused at his residence in Nemaligondla,” police commissioner V. Ravinder said.

The commissioner said there was no evidence to suspect gang rape as there were no other injuries on the victim’s body. He said investigation is on to collect all the evidence and file a charge sheet to ensure strict punishment to the accused.