Reports said Prime Minister Narendra Modi gifted Ivanka Trump with a wooden box embellished with Sadeli craft - a form of marquetry that originated in Iran and has flourished in Surat. (Photo: Twitter | @USAmbIndia)

The dinner was hosted by the Union government as part of the ongoing Global Entrepreneurship Summit (GES) 2017.

Famous for its huge Nizam-era table which can seat 101 guests at a time, the palace-turned-plush hotel is one the key landmarks of the city.

A five-course menu, inspired by Hyderabad's famed cuisine by a host of culinary experts, led by executive chef Sajesh Nair, was reportedly part of the lavish menu.

Telangana Chief Minister K Chandrashekhar Rao was among those present for the dinner. 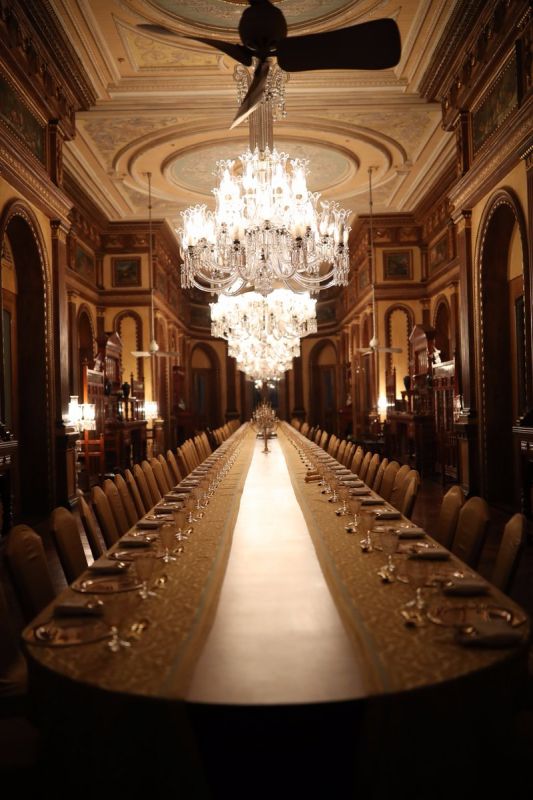 A separate dinner was arranged for around 1,500 delegates of the GES on the lawns of the palace. 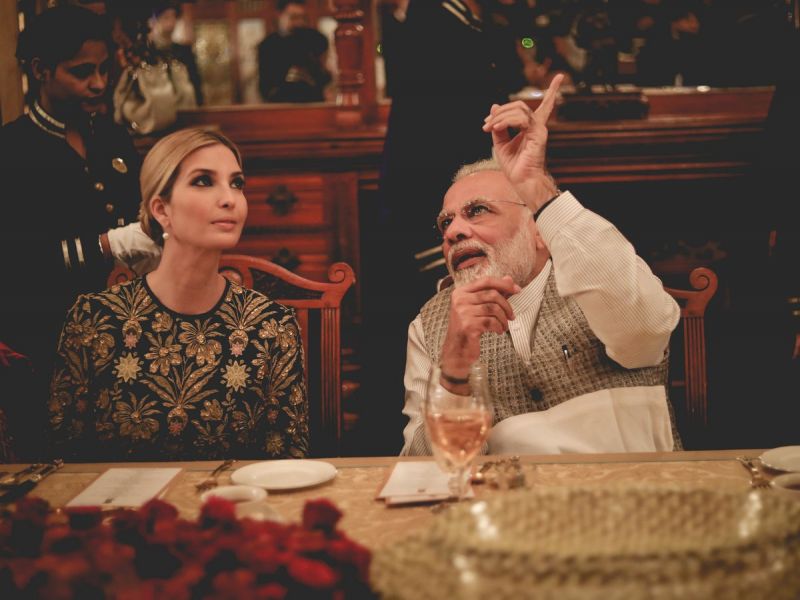 Falaknuma, one of the grand palaces in Hyderabad, was the residence of the sixth Nizam, Mir Mahboob Ali Khan till his death in 1911. Nizam was the ruler of erstwhile princely state of Hyderabad. The palace was turned into star hotel about a decade ago after restoration by Taj Group.

The kin of the Nizam were however disappointed over not being invited for the gala dinner at Falaknuma.

Nawab Najaf Ali Khan, grandson of the 7th and last Nizam, Mir Osman Ali Khan, said, "It is highly disappointing and lamentable that the family of the 7th Nizam were not invited for the GES event being held in one of the palaces that represents 'our familial culture and heritage."

"I, being the grandson of the erstwhile Royal Family, deserve an invite as the Palace is an important landmark both in our family's history and also in the history of Hyderabad," he said in a statement.

Khan also said that despite communicating numerous times with the authorities of NITI Aayog, who are responsible for handling the event, over last 10 days, it induced no response from their side.

A senior police official said a five-tier security has been provided to Ivanka, who arrived in the city in the early hours on Tuesday and addressed the eighth edition of the GES.

Ivanka Trump is scheduled to leave the city on Wednesday.

Telangana DGP M Mahendar Reddy had said earlier that a total of 10,400 security personnel drawn from various wings have been deployed as part of security arrangements for the summit.

More than 2,000 police personnel have been deployed around the Falaknuma Palace, the official said, adding the police conducted a door-to-door search at 3,500 houses in surrounding areas and sanitised the areas in the run-up to the summit.

With inputs from PTI.