The area near the fort was under a blanket of security since morning, with shops shut down and pedestrians kept at bay. (Photo: Twitter | @USAmbIndia)

Hyderabad: It won’t be the Charminar, but the equally historic Golkonda Fort that Ivanka Trump visited on Wednesday afternoon before she wrapped up her two-day visit to India for the Global Entrepreneurship Summit, 2017.

Ivanka, daughter and advisor to US President Donald Trump, skipped the iconic Charminar and a scheduled visit to the famed Lad Bazaar or the market for bangles because of security concerns.

After a private lunch following a GES session, Ivanka reached the fort a little after 3 pm, arriving in a convoy of 17 cars. She spent around 45 minutes inside before leaving for the Trident Hotel.

The area near the fort was under a blanket of security since morning, with shops shut down and pedestrians kept at bay. US security agents too have been camping here for the last two days. 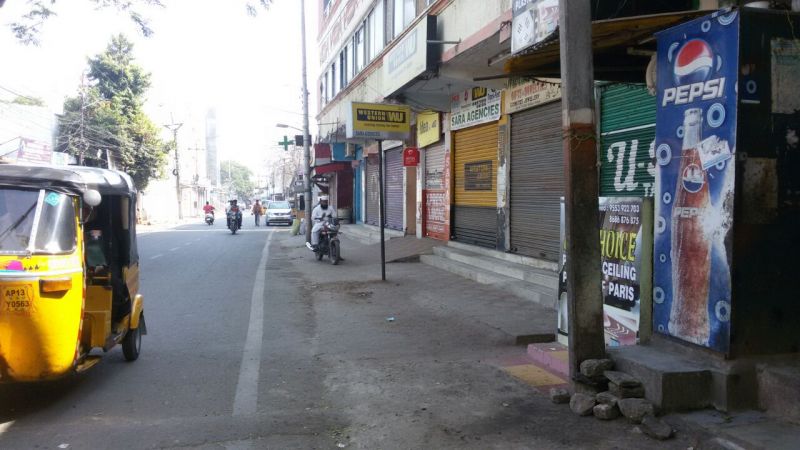 Ivanka was also supposed to attend a dinner on Wednesday on the lawns of the Golkonda Fort but that too was cancelled because she is flying out early to the US.

After Tuesday’s rousing keynote address at the business summit that is being co-hosted by the US and India, 36-year-old Ivanka addressed a plenary session on Wednesday morning on the topic ‘We can do it! Innovations in Workforce Development and Skills Training’.

"Technology is a great driver of entrepreneurship because a lot of women are leaving and saying this doesn't work for me. It is emboldening them to go out on their own. It is reducing barriers to starting new businesses, and creating flexibility around schedule," Ivanka said while stressing on how technology can empower women professionally and personally.

Golkonda or ‘round-shaped hill’ is situated 11 kilometres from Hyderabad city and was the capital of the sultanate of the Qutb Shahi dynasty (1518 to 1687). The region is surrounded by its mines which has produced famous gems such as the Koh-i-Noor.

■'Like a queen': In Hyderabad, Ivanka Trump embodies US glamour