N Harikrishna, 62, was a former parliamentarian and an actor (Photo: File)

The 62-year-old was travelling to Kavali, Nellore to attend a wedding when his car rammed into the divider on the Nalgonda Highway and flipped on the other side, a police official said. It was hit by another car coming towards the city. A profusely bleeding Harikrishna was rushed to the Kamineni Hospital in Narkatpally where he breathed his last.

“Harikrishna suffered severe head injuries. We also suspect internal bleeding. However, the exact cause of death is yet to be ascertained,” Duty Medical Officer of Ameer Khan told PTI.

Medical officers also said Harikirsha would not have been thrown from the car if he was wearing a seat belt.

Harikrishna had lost his son Janakiram in a road accident on the same Nalgonda stretch in 2014. His other son Junior NTR survived an accident here in 2009.

"As a popular actor, he has entertained the Telugu audience. As a parliamentarian, he was very upright and expressed his opinions frankly. My condolences to his family, well wishers and followers at this time of grief,” he said in a tweet. 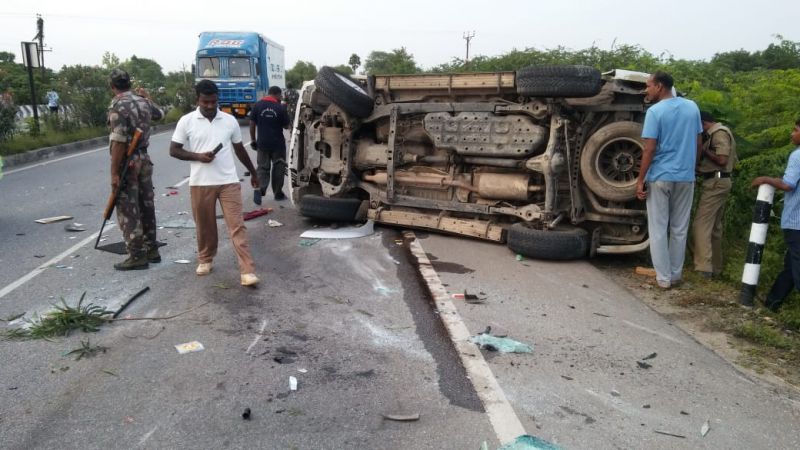 Overturned car of TDP leader on the Nalgonda Highway.

Hari Krishna was to turn 62 on September 2, but had said he would not celebrate in solidarity with those suffering in Kerala and Andhra Pradesh.

In a letter reportedly written by Hari Krishna addressing his fans and family members, he had asked them not to splurge on his birthday but instead donate that money to relief funds.