Navy to the rescue as Mumbai drowns in heavy rains

Vehicles stuck at a flooded street after heavy rains in Thane, Mumbai on Tuesday. (Photo: PTI)

Mumbai: Heavy rainfall drowned Mumbai and its nearby areas on Tuesday and it looked like there was little respite in sight with the Met department predicting more showers over the next 24 hours.

It has been raining incessantly since Monday, preceded by moderate to heavy showers over the weekend. Officials believe this is the heaviest and longest bout of rain since July 26, 2005 when the city was ravaged by floods. 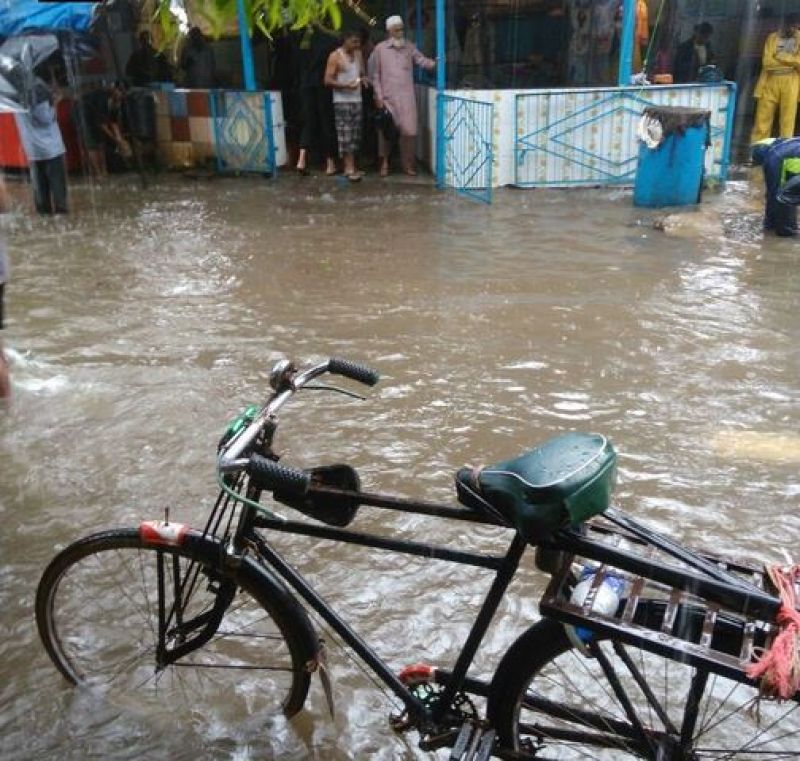 To make matters worse, a high tide of 3.32 meters was also headed the city's way on Tuesday evening.

The Navy has sent out five flood rescue and two diving teams to help people wherever needed.

Civic authorities asked people to keep indoors but it was too late for most, for those who had to wade through dirty brown waters to offices. At some places, vehicles could barely be seen above water. There were also the only-too-familiar sites of thick branches nestling on shattered windshields or dented car tops. 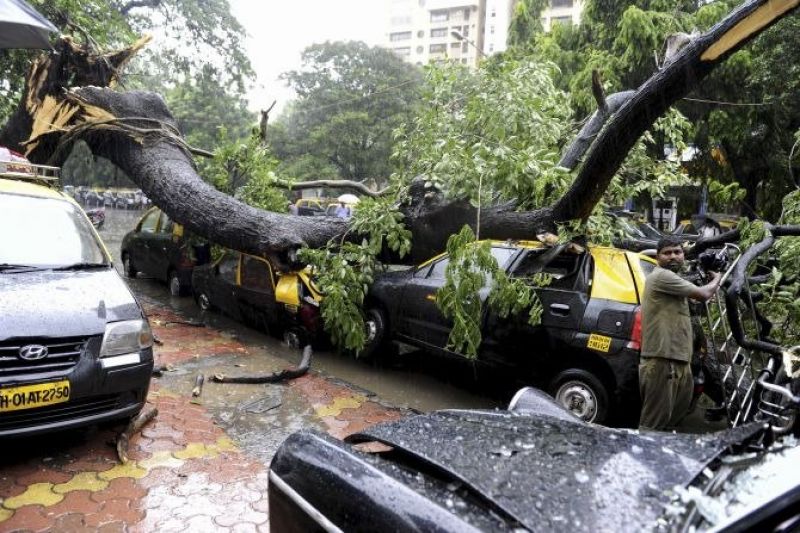 Traffic crawled on major arterial roads the whole day while waterlogging was reported from low-lying areas, some right at the heart of the city.

Dozens of flights and local train services were cancelled as rains lashed the coastal city of nearly 20 million people.

As the meteorological department warned that the Mumbai rains would continue for the next 24 hours many offices sent staff home early, fearing a repeat of 2005 floods that killed more than 1,000 people.

“Areas such as Mumbai, south Gujarat, Konkan, Goa and west Vidarbha will get extremely heavy rainfall in the next 24 to 48 hours. It is a serious situation. We have issued necessary warnings to the departments concerned, including airports," A K Srivastav, head of climate monitoring and analysis at IMD Pune, told PTI.

"The weather, which has brought heavy showers over the Mumbai region, has been upgraded from 'well marked low pressure' to 'depression'. It means it is set to bring more rains. Hence, we have predicted an extremely heavy rainfall," he said.

Three teams of the National Disaster Response Force (NDRF), stationed in Mumbai, have been put on alert and two additional teams have been moved from Pune to Mumbai, according to ANI.

The Brihanmumbai Municipal Corporation (BMC) assured the situation was under control and advised citizens to step out only if  necessary.

"Step out of home only if it is too important because waterlogging has been reported from several parts of the city," he said.

Naik, however, added things were well under control and senior civic officials were keeping a close watch on the situation.

The civic body's control room monitored the situation the whole day. It was also told that water had entered the King Edward Memorial Hospital.

An officer at the BMC's Disaster Management Cell said, "There have been reports of waterlogging in Dadar, Andheri, Worli, Kurla and Sakinaka, among other areas. Despite the heavy downpour, no untoward incident has been reported so far.”

@MumMetro fully packed today due to heavy rains. No one care to how door be close. No Staff available at station to avoid this situation pic.twitter.com/TWWO3GKK7U

Mumbai's transport lifeline, the local trains, were running late on all three city routes. Services were also stopped in some areas due to flooded tracks. Some trains stood for hours in between stations because of the rains. People were seen hopping off coaches and walking to safety.

The state administration has shut all schools and colleges on Wednesday. 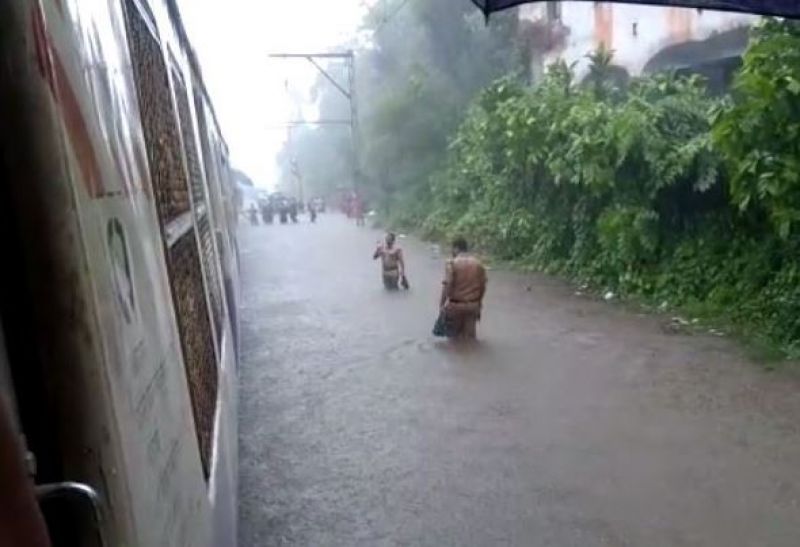 On Tuesday morning, Nagpur-Mumbai Duronto Express derailed in Maharashtra's Asangaon, near Mumbai. The railway authorities said initial inputs suggested the train went off tracks due to a major landslide triggered by the rains. 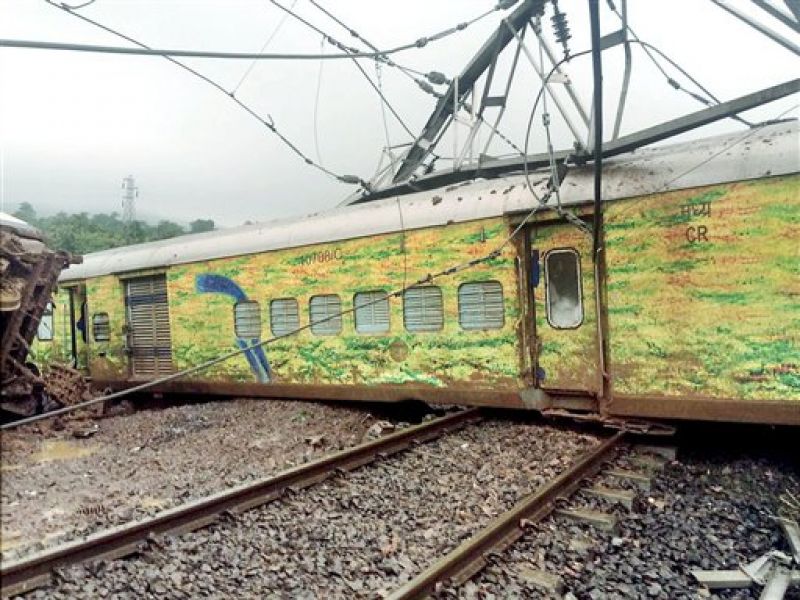 Floods have killed more than 1,000 people in India, Nepal and Bangladesh in recent weeks and forced millions from their homes in the region's worst monsoon disaster in recent years.

Delay in release of funds; Sarpanch ends his life in anguish in Somarampet