The diner, B Kiran Goud, submitted pictures and video recordings of insects in the food item as evidence. (Photo: DC)

Hyderabad: A live insect was found in a dish ordered by a consumer dining at the Ulavacharu Hotel in Jubilee Hills. A complaint has been filed with the Health Wing of the Greater Hyderabad Municipal Corporation.

B Kiran Goud, a member of the Mandal Parishad Territory Constituency of Saroor Nagar, said, “We went to the Ul avacharu Hotel for lunch on Tuesday, and I ordered a Jaipur mutton pulao. When the waiter was serving us our second helping, we found an insect in the dish. It was alive and wriggling. I called for the captain, and his response was that such things happen and that he would replace the dish. I asked him if he would eat the pulao. His response forced me to file a complaint. If the management had apologised, the matter could have been resolved at the hotel itself.” 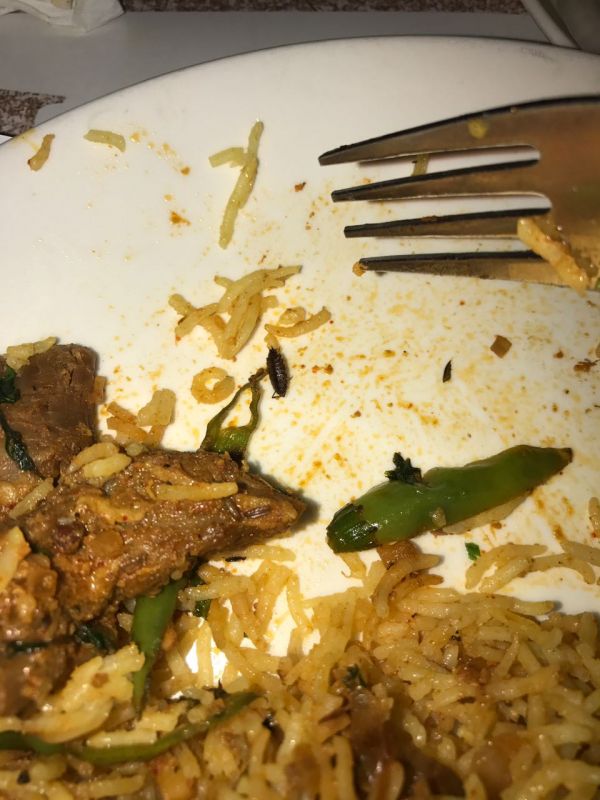 A fine of Rs 5000 is imposed on a restaurateur in case where a pest is found in the kitchen. (Photo: DC)

Goud has filed a complaint with the Health Wing of the GHMC (Central Zone). He has also submitted pictures and video recordings as evidence. The civic authorities will conduct an inquiry.

Hoteliers and restaurateurs, who violate norms, may be fined as per provisions of the GHMC e-challan system. A fine of Rs 5000 is imposed on a restaurateur in case where a pest is found in the kitchen.

Cops hasten to clear pending traffic challans against them