Bengaluru: After a long delay, the State Primary and Secondary Education Department on Friday evening announced the allotment of seats for RTE students under the lottery process.

Primary and Secondary Education Minister Tanvir Sait inaugurated the lottery system which will be done online. As the number of RTE applications is huge, the allotments had not been completed till late Friday night.

Mr Sait said that as compared to previous years, the RTE admission process will be completed earliest this year. "First round of admissions will be finalised by May 10. Immediately we will start the second round," he said. 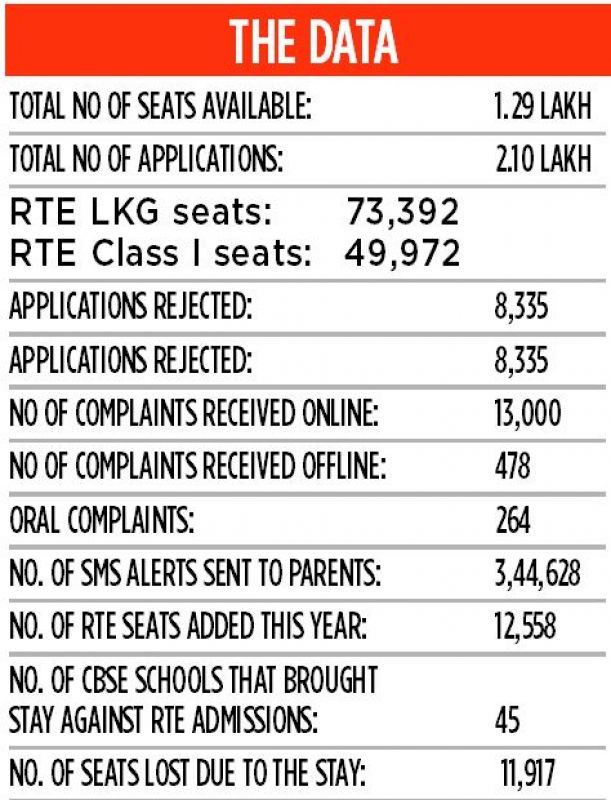 Special cell at DC office
On complaints that schools are demanding extra fee and are committing other irregularities, Mr Sait said that deputy commissioners will be made district nodal officers. When reporters pointed out that when parents find it difficult to meet even Block Education Officers (BEOs), how could they approach DCs, Mr Sait said that the government is thinking of appointing a nodal officer at each district with a separate cell.

What parents say about lottery?
Thousands of parents who have applied for RTE seats were waiting for the results from Friday evening. But till late night, majority of them had not got SMS alerts on allocation of seats to their children.

"We were told that the seats will be allotted by specially designed software. As there is less manual interpretation, we hope everything will be transparent," said Mr Pramod Harikath, a resident of Kempegowda Nagar.

Cheating case against tahsildar for illegal transfer of lands