Paper leak has students’ holidays go for a toss

Hyderabad: The leak of CBSE board exam papers for the subjects of maths and economics has caused a lot of anger and irritation among students, parents and school authorities equally. Principals of schools have stated that they became aware of the paper leak only after they were officially notified by the CBSE board.

Mrs Anjali Rajzan, vice-chairperson, Hyderabad Sahodaya Schools Complex, a CBSE schools association, said, “I was as unaware of these question paper leaks as anybody else.

“It is definitely disheartening for meritorious students who have worked hard for the forthcoming exams. Whoever is responsible for the misdeed should be punished severely for the inconvenience they have caused to all the students.”

She adds, “I am also given to understand that many parents had made bookings for holidays. So their families have also been disappointed by this as maths was the last paper for Class 10 students, and now they have to change their plans.” 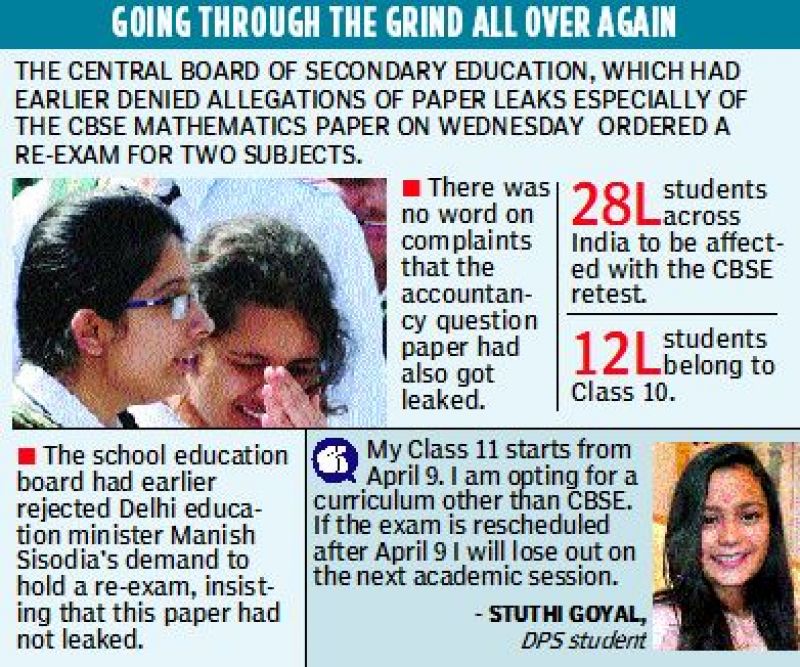 Dr Narsimha Reddy, principal, Hyderabad Public School, Ramanthpur, said, “'It is demoralising to hear about the leakage. We try to teach values to student as part of their education, and here we have adults committing such unscrupulous acts. The people responsible for this ought to be put behind bars for at least 20 years.”

Another school principal, on condition of anonymity, said, “'Like other schools, even we were not aware of the leak and learnt about it from the official website of CBSE. Since, we waited for further clarification from the board.”