Hyderabad: Darbar Saheb of Gurudwara Barambala was inaugurated by three major Sikh Jathedars in the presence of thousands of devotees at Attapur on Sunday. The magnificently-constructed gurudwara is Telangana’s largest and costs about Rs 8 crore. It has come up close to the existing gurudwara built 150 years ago.

Speaking on the occasion, Manjeet Singh recalled the services of the Sikh community in protecting the country from foreign invasions. He said the community has always stood for communal harmony and peace, adding that despite serious atrocities committed against the  Sikhs, the community did not have hate for any religion. The Guru Granth Saheb (scripture of Sikhs) preaches equality and good relations among all sections irrespective of caste and creed, he said. Even during wars, Sikhs served Langar (food) to the injured enemy soldiers first. Mr Manjeet Singh announced that DSGMC would establish a gurmat vidyalaya in the premises of Grudwara Barambala Saheb. 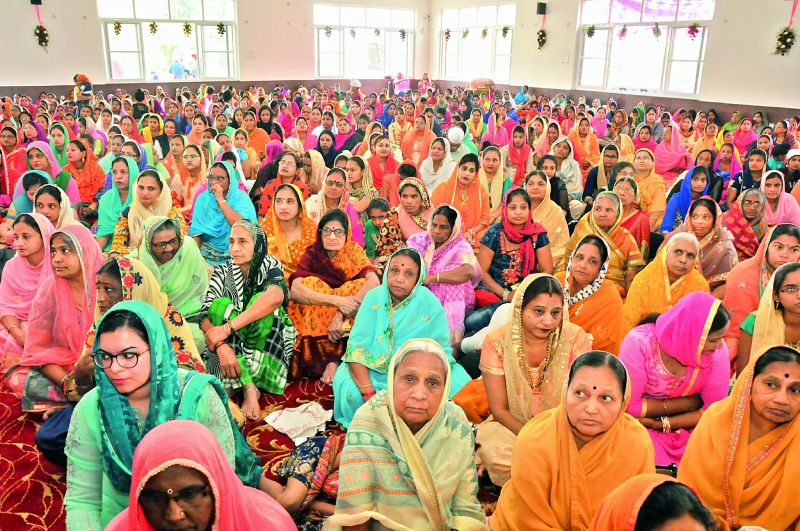 The three Jathedars hailed Sikhs living in the Deccan and Telangana for maintaining their Sikh identity. The first Siks came here in 1830s at the request of erstwhile Nizam rulers who were facing trouble from jagirdars who were not paying revenues. Prabhandak committee of Gurudwara Saheb Barambala, Sikh Chawniat chairman S Harbans Singh, president S. Sukdev Singh and secretary S. Ranveer Singh and others said that this was biggest Gurudwara to be built in Telangana where about 10,000 devotees can be seated in the hall at a time. Sikhs along with Jathedars also participated in the 388th birth anniversary celebrations of 7th Sikh Guru, Sri Guru Har Rai Sahebji on Sunday by holding a Vishaal Deewan (mass congregation) at the Gurudwara premises.

Later in the evening, a colourful ‘Nagar Keertan’ (holy procession) was taken out from Gurudwara Saheb in which representatives of all gurudwaras in Telangana participated. Ragi Jathas Bhai Gagandeep Singh of Ganganagar in Rajasthan and Baba Dharamveer Singh Khalsa from Punjab rendered ‘shabad keertans’ and conveyed the teachings of Sikh Gurus.