Chennai: Researchers from Anna University have found out that the coastal areas in Nagapattinam and Tiruvarur districts were hit by tsunami-like waves that invaded up to 2 km in the land area causing extensive damage to property of fishing community and farmers during the landfall of cyclone Gaja.

Anna University has sent a seven-member research team to study the impact of cyclone Gaja in coastal areas from Karaikkal to Muthupet.

The researchers said they were overwhelmed by the magnitude of the damage caused by the cyclonic winds and the waves.

The waves have invaded from 500 metres to 2 km into the land area and transported sea sediments. The researchers dig out pits to study the sedimentary structure.

“The waves have deposited 20 cm thick sand and structure of the deposit is same like Tsunami. The force and speed of water is yet to be determined,” said Professor S.Srinivasalu, principal investigator and director, Institute of Ocean Management, Anna University. 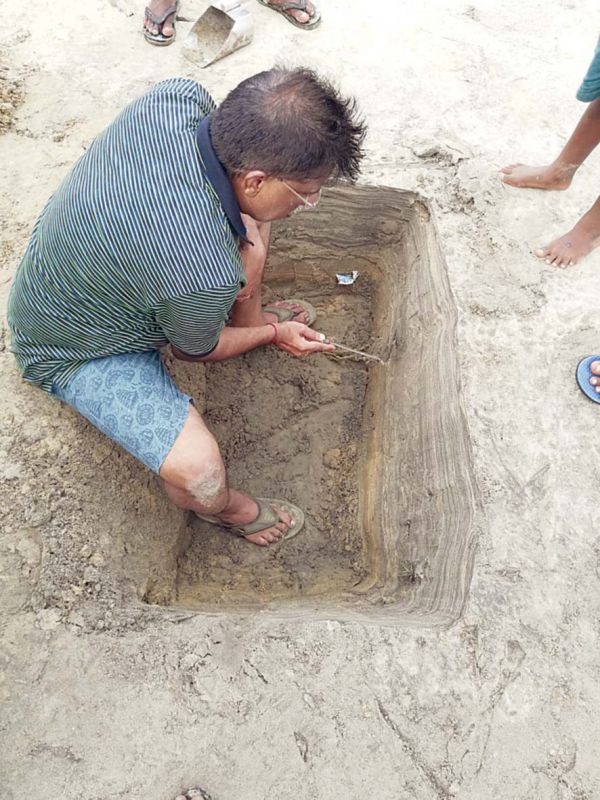 The sand was deposited with a uni-directional flow like that of high waves.

“During the cyclone, the water will have bi-directional flow,” he said.

The preliminary study conducted by researchers in few villages near Vedaranyam has revealed some intriguing facts.

“The huts and houses with country tiles were mostly damaged. But, the huts made by palm leaves and railway tiles survived,” researchers said.

They also observed the direction of falling trees which has revealed that the cyclonic winds swirled in the circular pattern.

“Besides coconut trees, cashew and mango trees also could not withstand the cyclone. Only palm trees have managed to survive it,” he added.

The natural eco-system of the region is totally damaged.

One of the researchers said a farmer had lost all his 7,000 coconut trees except for only 13 trees during the high-speed winds at Vizhundhamavadi in Nagapattinam district.

Scientists said the economic loss caused by the cyclone would be more than the 2004 Tsunami and the entire region will take many years to return to normalcy.

Soldiers in Siachen now to get vegetables grown in bunkers

Flood-hit Kerala only state not to get aid