School children at the memorial in Rameswaram. (Photo: DC)

RAMESWARAM: People from all walks of life offered floral tributes and paid homage at the Dr A P J Abdul Kalam national memorial at Peikarumbu here on Saturday on the occasion of the late President’s fourth death anniversary. But no minister, Central or State, found time to participate.

Leading the homage was Dr Kalam’s elder brother, centenarian A P J Mohamed Muthu Meeran Labbai Maricar and his family relatives who presided over a special prayer recitation by the ‘Ulemas’ at the memorial here which was draped in a carpet of flowers and the special cloth reserved for such occasions. 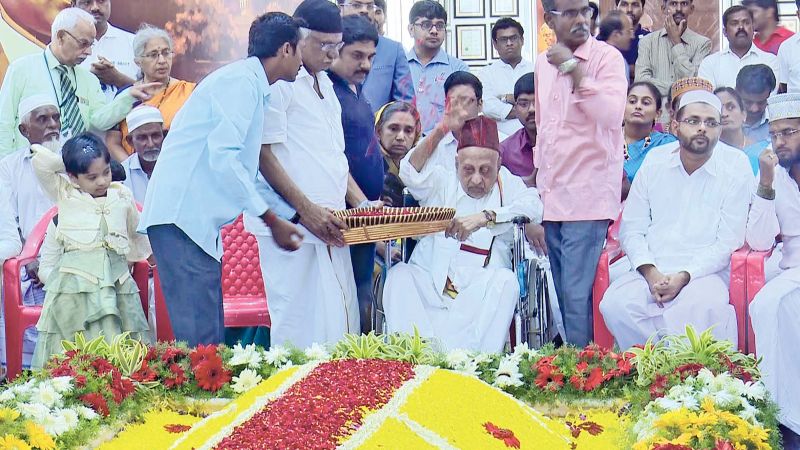 The Ramanathapuram district collector, Mr. Veeraraghava Rao paid floral tributes at the memorial here, along with scientists, engineers and intellectuals who had gathered for the solemn occasion. They included Dr Daniel Chellappa, Sultan Ahmed Ismail, DRDO director Balamurugan, educationist Isari Ganesh, besides members from the film fraternity as well.

On behalf of the A P J Abdul Kalam International Foundation, a lecture on the fruits of science and technology was delivered for the benefit of a large number of school children who had congregated at the memorial.

'Inspire others to use national flag as profile pic,' Shah appeals