Bengaluru: The city of fallen trees and poles

Benagluru: Rains accompanied with thundershowers continued to lash the city on Saturday and the city’s fragile infrastructure was put to  test again. Due to the sudden squall, many parts of the city got inundated.

There were 30 incidents of tree fall in different parts of the city. A fully grown tree reportedly fell on two citizens, with one of them sustaining head injury and the other broke his hand.

In other incident near Madivala a parked empty auto got crushed after a tree fell on it.

All nine BBMP call centres, including the one at the head office, were flooded with phone calls with various complaints relating to tree falling, water logged roads, water entering homes etc. 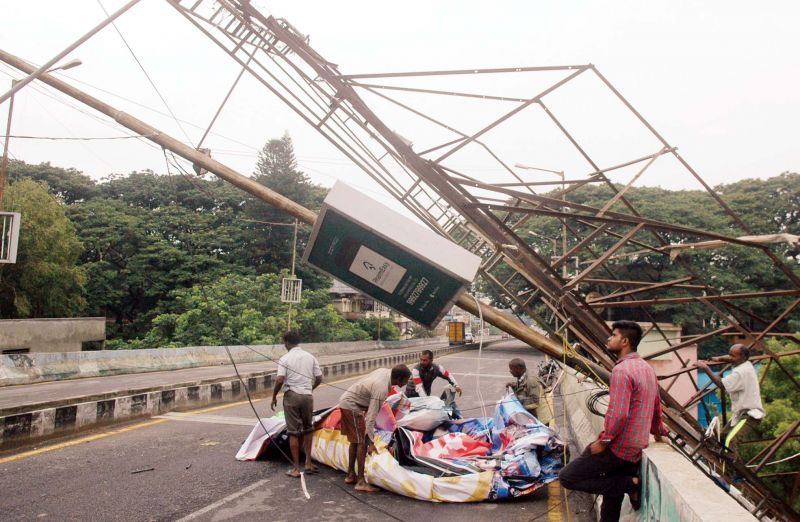 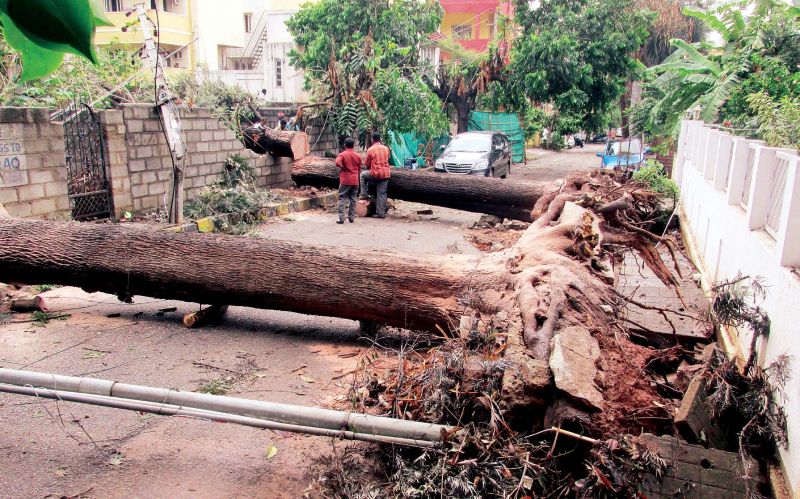 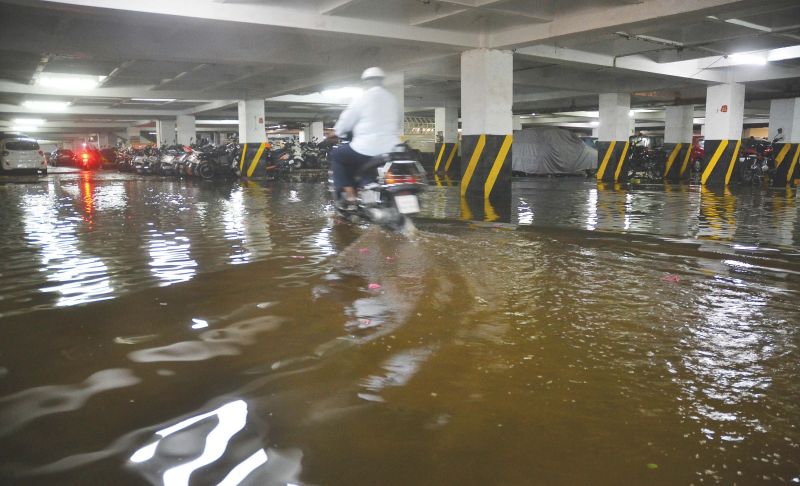 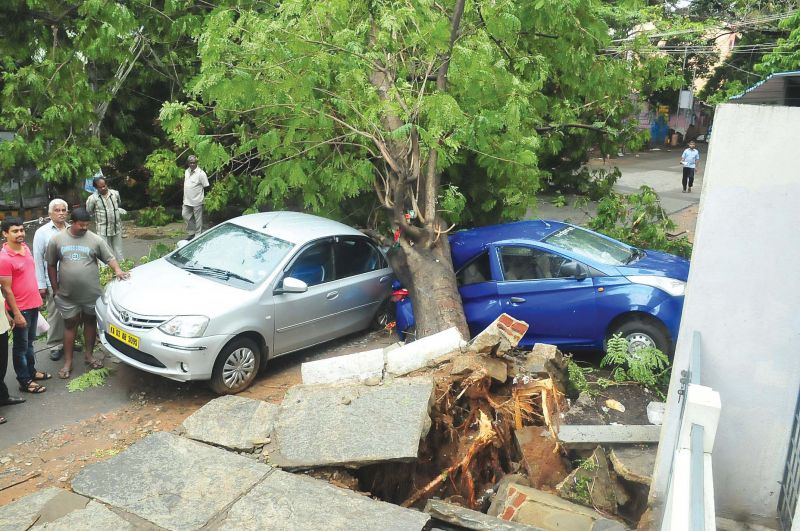 Traffic thrown out of gear
Citizens who ventured out during weekend were caught unawares due to heavy rain. Traffic was thrown out of gear in areas around M G Road, Koramanagala, Indiranagar, Silk Board, Mysore Road, Malleshwaram, Rajajinagar and other areas.

More wet days
Indian Meteorological Department sources said the rains in the city was due to the low pressure prevailing over Bay of Bengal and the advancing of South West Monsoon.

City Mayor G Padmavathi was seen manning the control room and visiting rain affected areas. Citizens who were angry over the rain damage, questioned why couldn’t the Mayor do this before. “If she had inspected the city’s preparedness for rains, half of the problem would have been solved. Shoulder drains are over flowing, stormwater drain are flooded, manholes are choked, weak trees get uprooted,” said Mr Imtiyaz, a resident of J C Road.

He further questioned whether the civic body needs any any rocket science to fix all these.

Blame on minister for road-widening at Bethamcherla

Armed forces being integrated at all levels to meet any circumstances: Rajnath Singh

PM Modi to address nation at 10 am today