DECCAN CHRONICLE. | NIKHIL GANGADHAR
Published Apr 28, 2018, 3:27 am IST
Updated Apr 28, 2018, 4:10 am IST
A constituency of contrasts, Hebbal is home to both well planned and maintained colonies and a number of slums.

Bengaluru: One of the busiest and densely populated constituencies of the city, located in the northern  Bengaluru,  Hebbal has seen a boom in real estate and several multinational and software companies, besides all kinds of business and industrial establishments making a beeline for it since the Kempegowda International Airport (KIA)  opened in 2008.  But being the main junction for all roads leading to the KIA, has brought with it its own set of problems, traffic being the chief among them.

A constituency of contrasts, Hebbal is home to both well planned and maintained colonies and a number of slums. While the elite live in areas like Dollars Colony, Sanjayanagar, New BEL Road, and 80 feet road, areas like Geddlahalli, Nagashettyhalli, Ganganagar and Boopasandra are where the poorer people live. But whatever their status, the people here cannot escape the traffic that has grown tremendously in the years since the KIA opened.

Notes Mr Sharath Prasad, a resident of Manorayanapalya, "When people talk about Hebbal, they cannot avoid talking about its traffic, which is unbearable. There are flyovers and underpasses but they don't seem to be making any difference  as there is traffic congestion all throughout the day and night." 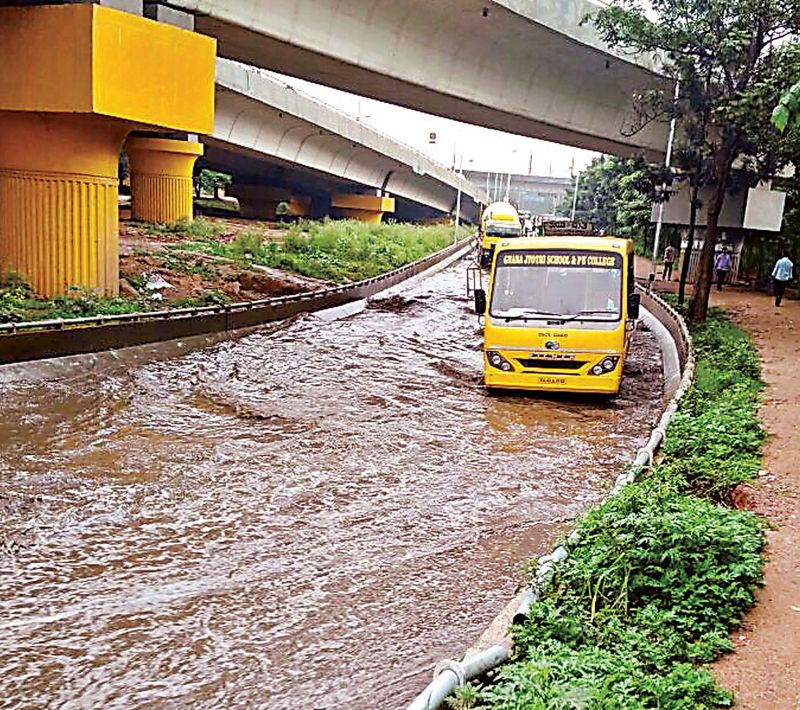 The worst traffic is, of course , on the Hebbal flyover. “There are traffic jams  even at 3 am on the flyover. Then you can imagine how bad the traffic is during peak hours. The current MLA has done nothing to resolve  this issue despite our repeated pleas," Mr Prasad regrets, adding, " We cant blame the MLA alone, because the government should have planned better before deciding to open the international airport in Devanahalli. Currently, it is just chaotic and  several of my friends have shifted from Hebbal just to avoid the traffic."

While the elite have little to complain about otherwise, the poorer sections of the constituency have little to cheer about in the constituency. Says Mr Mehboob Khan, a resident of Ganganagar, "People who come to power have taken the poor here for granted. We do not have proper water supply and the drainage system is a mess. During the monsoon, we have to spend hours removing the sewage from the drains, which floods the entire area. Neither the MLA nor the corporator come to our rescue. They only give us some money to remove the sewage water. We are tired of talking about the problems, as we know there is no one to solve them."

Going by Mr Shakthi Kumar of Sanjayanagar, water supply is a big problem too.  He agrees that the clogged drains need to be maintained and cleaned regularly as a precaution against flooding during the rains. "Power supply too is a big headache, as we suffer over an hour of power cut every day on an average. We are hoping  the MLA who wins these elections will tackle these problem seriously," he adds hopefully.

Other locals point out that the Hebbal lake also needs attention as it is not in the best of condition currently like many other water bodies of the city. But the people do have a kind word for  the current MLA, Mr YA Narayanaswamy of the BJP for joining  the corporators and BBMP commissioner in improving  roads and pavements in the constituency, especially in Sanjayanagar, where encroachments were removed to make the area pedestrian- friendly.

While giving the MLA his due on this front, Mr Vignan Gowda, a member of Sanjayanagar Resident Welfare Association stresses that the winning candidate these elections must focus on the under developed areas like Geddlahalli, Nagashettyhalli, Ganganagar and Boopasandra, where the weaker sections of society live and are deprived of basic infrastructure.

T he constituency, which once was a stronghold of BJP leader,  Katta Subramanya Naidu, elected Mr Jagadish Kumar, also of the BJP in 2013,   after he was jailed. But Mr Kumar passed away in 2015 and in the by-elections held the following year, Mr  Narayanaswamy won by a huge margin against Mr C K Abdul Sharief, grandson of former Congress Minister, Jaffer Sharief.

These elections,  Mr Narayanswamy is fighting to retain his seat against Mr B S Suresh of the Congress and Mr Hanumanthe Gowda of the Janata Dal(S).