Mumbai: Thiruvananthapuram, Kerala, has again topped the list of top Indian cities equipped to manage urbanisation, according to an evaluation of 21 major cities across 18 states by Janaagraha Centre for Citizenship and Democracy.

Thiruvananthapuram, which had ranked number 1 in 2015 as well, has maintained its position, while ranks of a few other cities saw a decline, suggests Janaagraha’s Annual Survey of India's City-Systems (ASICS) 2016. 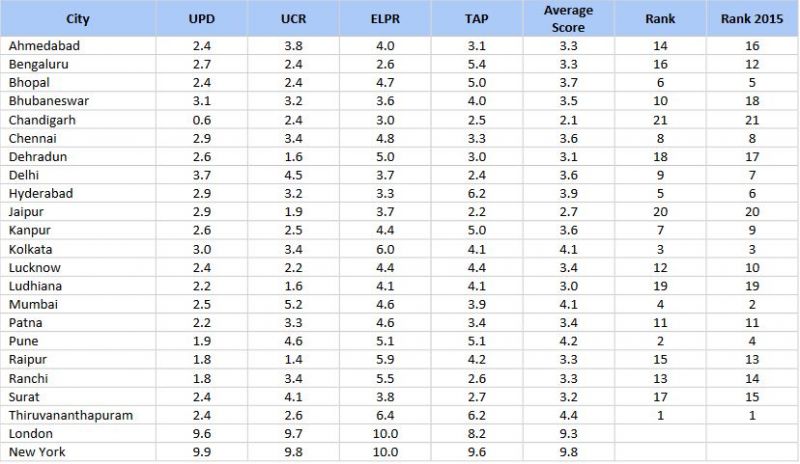 “This was on the back of a slew of reforms such as instituting Municipal cadres, tiered spatial planning including ward level plans and instituting a single window clearance process for development projects that are in conformity with plans,” the survey said.

“Bengaluru dropped four places to rank 16 due to better performance by some of the smaller cities,” it added.

Irrespective of 2016 ranking, the cities in India have continued to score low over the last four editions of ASICS. This indicates that progress on fixing City-Systems has been slow.

Janaagraha recommends changes in planning laws to address the issues challenging the efficient planning of the cities. The Indian cities quality  of  laws,  policies  and  institutions  significantly  to improve  service  delivery  and thereby, deliver a high quality of life to citizens.

■7,700 and counting, Bengaluru is a city of millionaires
■Mumbai wealthiest city in India with total wealth of $820 billion: report