The decision to appoint the officers was taken after the board started getting an increasing number of complaints on social media.

Hyderabad: Take a picture of an open manhole, overflowing sewerage, illegal water connection or clogged drainage, and send it over Twitter or WhatsApp to the Metro Water and Sewerage Board where as many as 36 officers will attend to them.

The board is the first civic body to have designated officers to attend to complaints received on social media platform across its 36 divisions.

The decision to appoint the officers was taken after the board started getting an increasing number of complaints on social media. 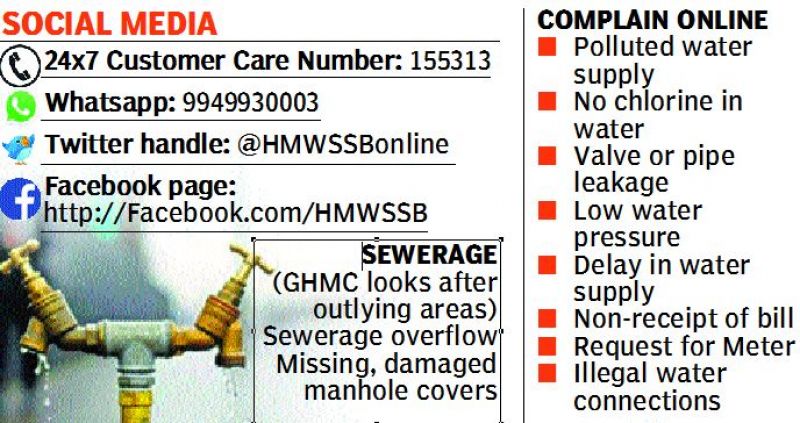 Board managing director M. Dana Kishore said, “The officer who receives the complaint will forward it to the division manager and followed up until the issue is resolved.” He said most complaints were regarding missing manhole covers following by those regarding overflowing sewerage.

The board has created an application, ‘JAL – Jaldi Action Le’ to provide information about water supply timings via SMS. “This application will enable staff to forward complaints from their jurisdiction to senior officials,” he said.