Hyderabad Metro Rail commuters will need to walk for train

The number of stations are 67 of which 54 are simple stations, three interchange stations, four special stations and six terminal stations across the 72 kilometres stretch of Metro rail.

The number of stations are 67 of which 54 are simple stations, three interchange stations, four special stations and six terminal stations across the 72 kilometres stretch of Metro rail.

Mr N.V.S. Reddy, managing director of Hyderabad Metro Rail, said, “As the stations are on the middle of the road, parking can’t be provided just below them. Commuters will have to walk to the station to board the train. Parking will be provided in 32 main stations but at a distance. The tariff has  not yet been decided as the facility is not ready.” The option of street parking in a few stations in the city areas is only being looked at but it will depend on the response of people to the Metro rail and the travelling pattern that they will adapt. 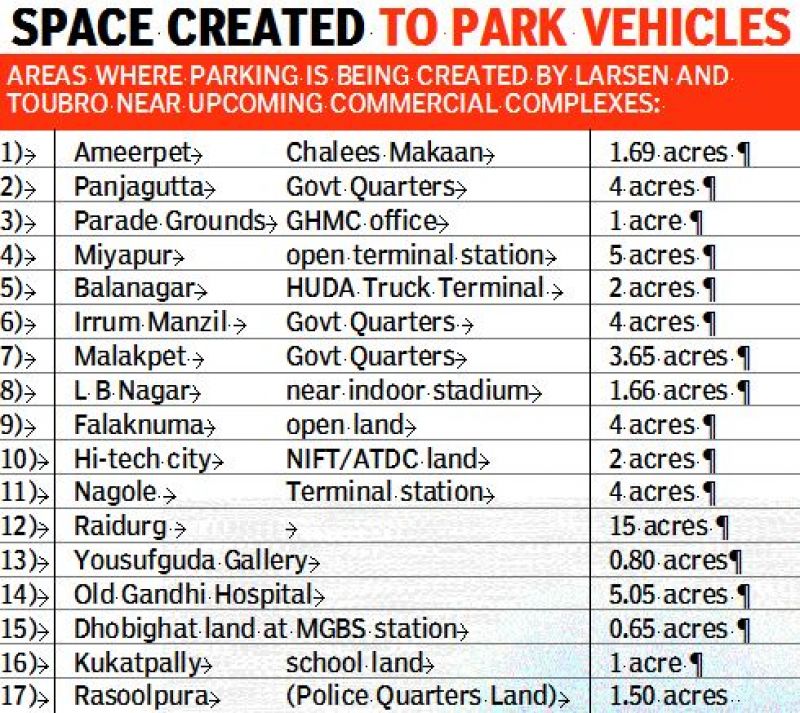 Commercial spaces being developed by Larsen and Toubro in Ameerpet, Panjagutta, Parade Grounds, Malakpet, L B Nagar, Rasoolpura and other areas will have parking space for the Metro rail commuters, too. Mr Reddy said, “We can’t block the road by providing parking everywhere. Wherever it is possible, it is going to be provided. Internationally, the stress is on public transport and decongestion of the city. But in the Indian scenario parking facilities are being created for the people to opt for the new system and get accustomed to it.”

To say that the city will get decongested once Metro rail starts is not correct. Mr Reddy says, “Traffic is increasing with more and more people coming to the city for work, business, education and many other reasons. Some will opt for the Metro rail for longer distances where travel becomes easy and pollution free.

For shorter distances, we see a challenge as people will opt for private vehicles or other forms of public transport.”

But for the Metro rail to succeed, the last mile connectivity of feeder services is very important and will have to be established effectively. When the Metro train of three coaches ferrying at least 250 people will be operational every 5 minutes than feeder services have to match that time-table. There has to be well-planned and properly timed feeder services which will get people to the station. While there are plans for bicycle services, feeder bus services upto four kilometres and also e-rickshaws it is still on paper and till that is established starting the metro rail services will be difficult.

For teachers, salesmen, delivery personnel, April may be the cruellest month

Now it's the states' job to stop the corona refugees

INDIA SHUTS DOWN TO STOP CORONAVIRUS

Telangana students camp at Indian embassy in London, demanding to be flown home

India's corona count rises to 258, with 23 cured and sent home