New Delhi: Prime Minister Narendra Modi on Sunday inaugurated the Eastern Peripheral Expressway (EPE) in Uttar Pradesh's Baghpat. Built at a cost of Rs 11,000 crore, the Expressway is country's first highway to be lit by solar power besides provisions of rain water harvesting on every 500 metres on both sides.

Earlier, the Prime Minister opened the first phase of Delhi-Meerut Expressway. The expressway promises to cut down travel time between the two cities to 40 minutes from the current near two-and-a-half hours.

Phase I of the Delhi-Meerut Expressway, stretching from Nizammudin Bridge to Delhi-UP Border, has been completed in a record time of 18 months.

The Prime Minister, along with Union Minister Nitin Gadkari, also travelled 6 kilometres in an open jeep on the 14-lane Delhi-Meerut Expressway, being built at a cost of Rs 7,500 crore.

01:28 pm: I want to assure all the sugarcane farmers here that the government is sensitive towards their issues & is working to resolve all the problems: PM Modi

01:20 pm: The truth is, Congress and its allies always mock anything and everything that is being done for all the backward classes, tribals. They always act as obstacles in development: PM Modi

01:17 pm: We have made Special courts for Dalits who have been facing atrocities across the country: PM Modi

01:15 pm: Under Yogi government, criminals have started to surrender themselves before the police: PM Modi

01:13 pm: Through 'Make in India' campaign manufacturing has received a boost, as a result, now there are 120 mobile phone manufacturing factories in India as compared to only 2, four years back: PM Modi

01:11 pm: Infrastructure does not differentiate on the basis caste, creed, religion and economic status: PM Modi

01:08 pm: We have opened the 9 km stretch of the Delhi-Meerut Expressway today. This will be beneficial to people of Noida, Vaishali, Mayur Vihar. The second phase will also be completed soon and then the travel time will be reduced to mere 40 minutes. Pollution apart from traffic is a central problem of Delhi. Long traffic jams are one of the causes of pollution: PM Modi

01:07 pm: The Delhi-Meerut Expressway and the EPE will reduce the number of vehicles that will enter Delhi. The EPE, in itself is the first access control highway. Both the roads are built with the latest technology, solar energy will be instrumental: PM Modi

01:05 pm: This is a huge day for people of UP, Haryana and Delhi-NCR. Two new expressways have been inaugurated: PM Modi

01:04 pm: PM addresses a rally in Bhagpat. 'Your presence in this summer heat is proof that our government has been successful in 4 years,' PM tells the crowd. 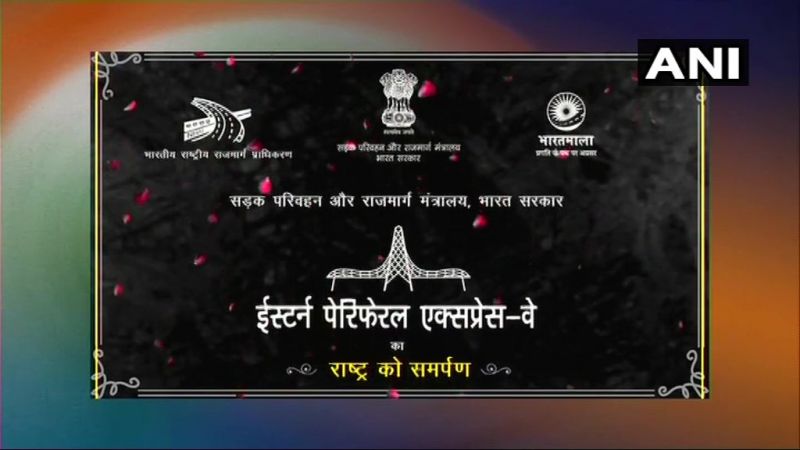 12:34 pm: By next March, Eastern Peripheral Expressway will be completed and you will be able to travel to Delhi from Meerut only in 40 minutes: Union Minister Nitin Gadkari. 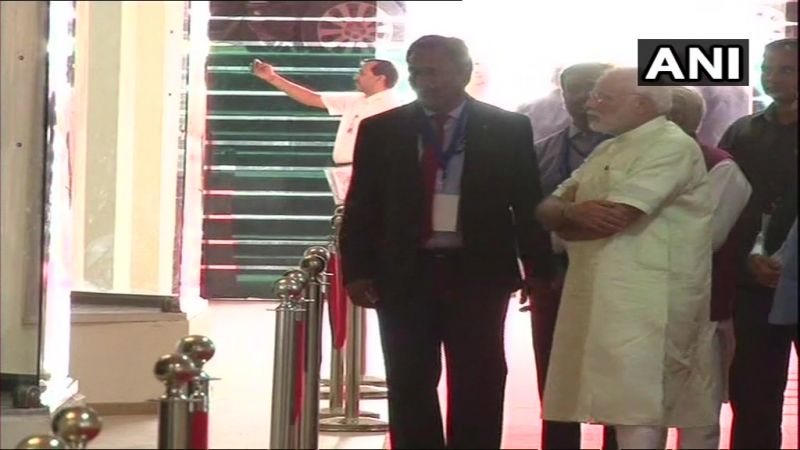 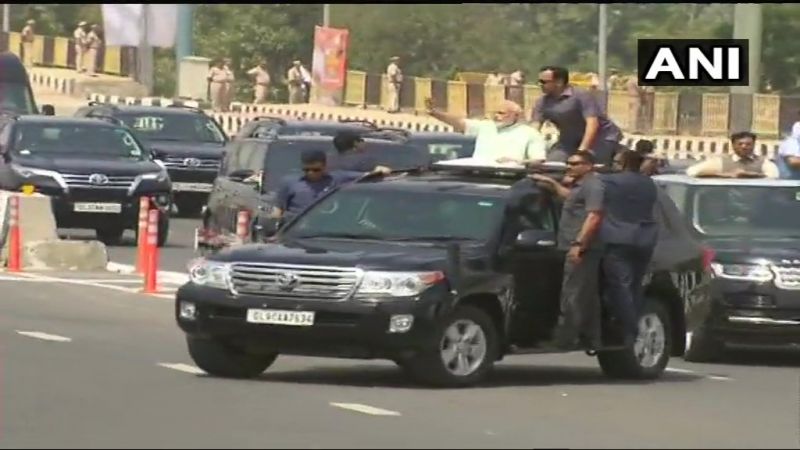 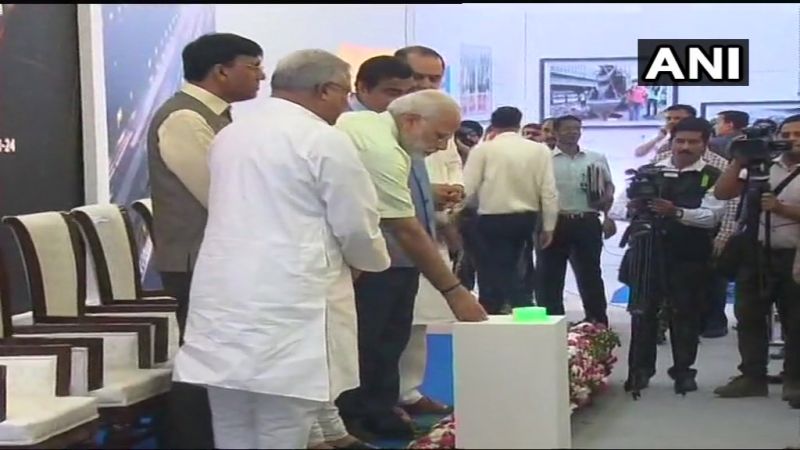 The 135-km EPE, built at a cost of Rs 11,000 crore, has several unique features and is India's first highway to be lit by solar power besides provisions of rain water harvesting on every 500 metres on both sides and would showcase 36 national monuments and 40 fountains, the minister said, adding it has been completed in a record 500 days.

There are 8 solar power plants on this expressway having a capacity of 4000-kilo watt (4 MW).

The state-of-the-art road will have auto challans for over-speeding, as cameras will capture speed of vehicles, besides it will have provisions of tolling only for the distance travelled.

The highway is equipped with smart and intelligent highway traffic management system (HTMS) and video incident detection system (VIDS) and will set a benchmark in highway construction by being environment-friendly with world-class safety features and smart/interactive infrastructure.

2.5 lakh trees have been planted here including transplant of 8 to 10 year old trees and drip irrigation provision has been done

A lot of traffic, outbound or non-destined for Delhi will be diverted, and at least 50,000 vehicles going to Jammu and Kashmir, Punjab, Haryana, Uttarakhand, Uttar Pradesh and Rajasthan will be diverted, bringing down vehicular pollution.

The Delhi-Meerut Expressway will allow commuters to travel from the national capital to Meerut in 45 minutes. The six-lane expressway starts from the Nizamuddin Bridge in Delhi till the Uttar Pradesh border and is being built at a cost of Rs 7,500 crore.

It also has vertical gardens with solar system on the Yamuna Bridge.

The Yamuna Bridge on the expressway will be the first in the world that have host vertical gardens with solar power system and drip irrigation.

The expressway will also have a cycle track and a 1.5-metre footpaths for pedestrians on both sides.