Southern Railway passengers are now demanding a circular route that would connect Kancheepuram with Tiruvallur interconnecting all major junctions in Greater Chennai.

Chennai: With the core part of Chennai witnessing metro rail infra boost, suburban commuters depending on the conventional EMU trains are feeling neglected.

Southern Railway passengers are now demanding a circular route that would connect Kancheepuram with Tiruvallur interconnecting all major junctions in Greater Chennai. 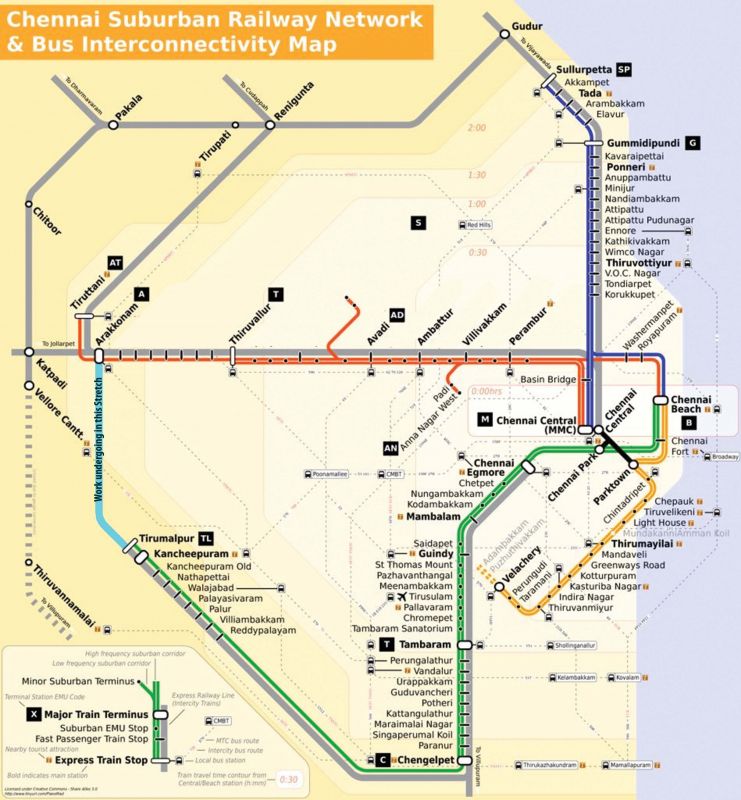 The electrification works between Arakkonam and Tirumalpur, the last link of the circular railway would be completed in three months, a Southern Railway higher official said. "Once works are completed, circuitous trains will be operated in both directions connecting major railway stations in Chennai Beach - Arakkonam and Chennai Beach - Tambaram - Chengalpattu sections," the official added.

The proposal for operating circular rails has been in consideration for more than two decades and impeded by the location of INS Rajali Naval Base between Arakkonam and Tirumalpur. Excluding the nearly 14 km rail line between Arakkonam - Tirumalpur, the railway had completed electrification works and EMU (Electrical Multiple Unit) local trains are plying in these lines.

Despite, the Chennai Division of Southern Railway remains unable to operate EMU trains inter-linking the two major sections; three diesel engines are operated between Arakkonam - Tirumalpur daily. "Due to the security constraints, the line could not be electrified. Now the new line has been developed bypassing the naval base and electrification is under process," the railway official said.

Meanwhile, the commuters also wait for the commissioning of the circular trains and said that the circular train would help them travel between the two sections without changing trains at Chennai Beach. "Although the Tiruvallur and Chengalpattu railway stations are suburban junctions, there is no direct train between connecting them.

The circular train would not only connect these junctions, it would as connect Kancheepuram and Tiruvallur directly," K Baskar, member of Divisional Railway Users Consultative Committee, Chennai Railway Division, said.

Moon not sighted, Id-ul-Fitr on Friday in Telangana