Thiruvananthapuram: It was a day for celebrations for the city as a female student from Chirayinkeezhu in Thiruvananthapuram bagged the first rank in the state and fourth rank in India by securing 99.2 per cent marks in the Arts group in the CBSE class 12 examinations. Kasturi Shah, daughter of Shafi and Sheeba, residents of Udayanparambu House, Kunthaloor, Chiray-inkeezhu, scored 496 out of 500 marks, and secured the top rank in the state. She is a student of the Saraswathi Vidyalaya in Vattiyurkavu. 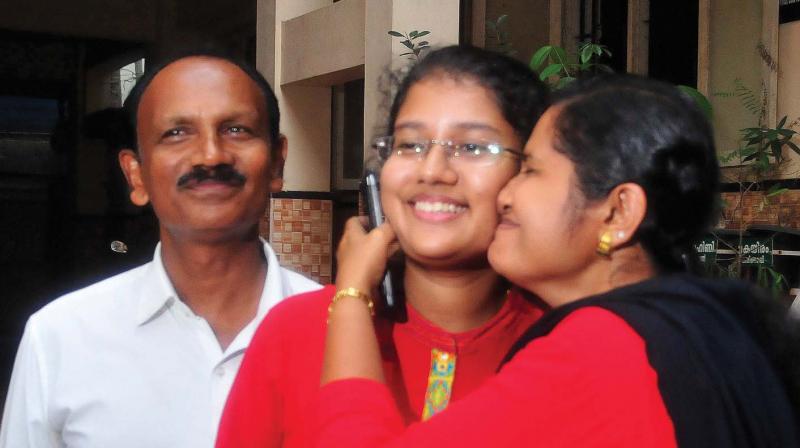 The girl had been travelling about two hours to reach home from school and she used to study daily from 7 pm to 10.30 pm.  Kasturi was also the 'Kalathilakam' in the 2017 CBSE School Kalolsavam proving her proficiency in English and Malayalam essay writing competitions, and is also the author of an anthology of poem titled 'Art of Mind' published by Inked Pages.  Kasturi's father Shafi is the principal of Attingal Government Girl's HSS, and her mother Sheeba is a professor at the Kollam TKM College. Kasturi wanted to graduate in English Literature, and become a college professor.

Deadline for application to TSPECET 2021 extended

As other states grapple with shortage, Kerala has reserve of 510 MT oxygen