Bengaluru: Karnataka has recorded the third death due to the Covid-19 virus. It is a man from Tumakuru with a travel history to Delhi. He had been put in isolation at the District Hospital in Tumakuru on March 24.

His travel history indicates that he travelled to New Delhi by the Sampark Kranti Express (Coach S6) on March 5 along with 13 members. They reached Hazrat Nizamuddin station in New Delhi on March 7 and went to the Jamia Masjid and rented an room at a lodge nearby.

He began the return journey to Karnataka by the Kongu Express on March 11 in Coach no. S9. On March 18, he developed cough and fever and visited a private hospital the next day. He was referred to the District Hospital in Tumakuru but on March 24, he left the hospital against medical advice and went to a private medical facility. He was referred back to the District Hospital, where he was put isolation.

In a major step to combat COVID-19 effectively, the Uttara Kannada district administration has declared an Health Emergency in Bhatkal town and nearby panchayats on Friday. An order related to this was issued by deputy commissioner Dr Harish Kumar. This may be the first incident of a health emergency in the state or even the country.

Bengaluru: Having tasted the wrath of prime minister Narendra Modi, the state government has decided to enforce the lockdown more strictly from March 28 onwards to prevent community transmission of the Covid-19 virus.

The prime minister is said to have called chief minister B S Yediyurappa on Friday morning on the phone, and expressed his displeasure over not implementing lockdown strictly enough. He categorically instructed the chief minister to enforce the lockdown measures in letter and spirit and report the same to the Centre.

In the midst of the lockdown, the Bangalore Metropolitan Transport Corporation (BMTC) has planned to run 180 buses with a maximum capacity of 20 passengers to enable movement of essential services delivery personnel for which the police have started issuing curfew passes. However, for passengers choosing to travel in these buses, an identity card and curfew pass are mandatory.

Mangaluru: With a ten-month-old baby boy testing positive for COVID-19, the district administration has quarantined its entire village and has collected samples of all close contacts. The ten-month-old boy is the youngest positive case in the state. In the first week of March, the child from Sajipanadu of Bantwal had been with his mother to a family function at Monetepadau village situated on the Karnataka Kerala border. 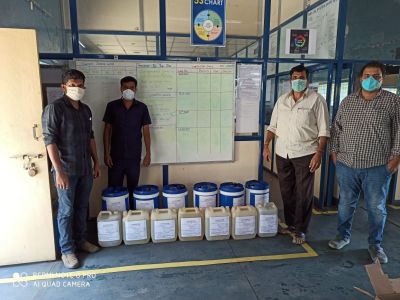 The Bengaluru division of the South Western Railway has taken measures to prepare hand sanitizers in its laboratory at Krishnarajapuram Loco Shed. The Lab Team of theDiesel Loco Shed, Krishnarajapuram, has prepared sanitizer which will be used for disinfection purposes in railway hospitals, stations and other railway premises. 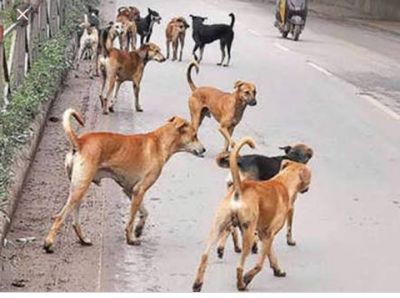 Hubballi: Stray dogs are bearing the brunt of the coronavirus lockdown in Hubballi-Dharwad in the absence of food and drinking water. These dogs, which have no food for the last few days due to closure of eateries, are attacking persons who venture out of their homes. Many animal lovers have raised concerns over these stray dogs.