Why Bengaluru is ‘begging’ for change

Strict policing and stringent action can curb the menace but these people return to begging sooner than later. And what’s interesting is that most of the beggars are migrants.

There are a lot of things Bengaluru needs-better roads, drains, regular power supply and smooth flowing public transport but not beggars turned sellers who thrust their wares on you at street corners or transgenders who won’t let you go without extracting their due. Begging in a cosmopolitan city is an easy way to earn a living. On an average, a beggar can earn upto Rs 3,000 per day. Strict policing and stringent action can curb the menace but these people return to begging sooner than later. And what’s interesting is that most of the beggars are migrants. Nikhil Gangadhar analyses the beggar problem in the city and explores solutions on how to deal with the growing menace.

Beggary has always been an issue in Bengaluru and it’s no doubt a tough task to eradicate it completely. A few people beg for a livelihood, some are forced into it while others beg so that they can  lead an easy life without sweating it out. In Bengaluru, spotting a minor, an elderly individual or the physically challenged, begging for alms on busy streets or traffic junctions is a common sight. Even transgenders beg on the streets and at shops.

A senior officer from the Social Welfare Department, who did not want to reveal his name, told Deccan Chronicle that begging has always been an issue with no actual solution available. “There are various temporary solutions but they cannot be put into use in an effective manner to eradicate begging completely. There is need for a strict policy where people should not be allowed to beg but it is easier said than done as many have found beggary the best way to lead an easy life. ” he added.

According to him, currently, there are 457 inmates in the Beggars’ Colony on Magadi Road of which 337 are males and 117 females. “Over the past couple of years, there is a slight drop in beggary which can be attributed to the alert public, who inform the Beggars Helpline, and also due to strict policing. Around five years ago, it was found that there were around 10,000 beggars in Karnataka. The highest was in Bengaluru- around 1,200- but now it has come down to 800. We also have a helpline, 10581, which people can call and inform about beggars and their location. We have a rescue team, who are on a constant patrol and they are alerted. The rescue team visits the spot and takes them to the colony, where formalities are completed.”

An official from the Beggars’ Colony said, “The helpline, on an average receives 10 to 12 calls but people rescued are low in number, so by the time the rescue team reaches the spot, the beggars must have left. On an average, the colony gets 8 to 10 people every week and sometimes there is not a single beggar.”
The official also revealed that the majority of those rescued are the elderly. “These people do not have shelter or their children might have abandoned them and they end up begging on the streets. There are also middle aged people who turn to begging due to unemployment. We take them into the colony and  train them in various skill courses like tailoring, farming, manufacture of house cleaning products like phenol, liquid cleaners, soaps and many more. Simultaneously, they also undergo counseling and once they agree to go out and earn a decent living, we help them to get a job too,” added the official.

He also mentioned that we usually have the inmates for a year or three years and in most of the cases, their relatives or family members are informed and they come and get them released after a magistrate order is issued. While 90 per cent of the rescued people are released and are re-united with their family members. The police personnel also rescue beggars and bring them to the colony and at times, they trace the family members and counsel them too. Officials also claimed that there is a problem with migrants who have their own network. “These days people come from different parts of the country. Police need to deal with them sternly. They come for begging,” added the official.

When it’s so lucrative, why would they work?
A cosmopolitan city like Bengaluru offers numerous opportunities to people who would like to live their lives  seeking alms which is one reason why there are so many beggars at street corners.

Samuel JP, a lecturer in social work at a reputed college, who is studying beggary in the city, told Deccan Chronicle that beggary has become a profession for many, just to ensure that there is no need for them to work hard. “My study has found that in a city like Bengaluru, on an average, a beggar earns anywhere between Rs 2,500 and Rs 5,000 an day while a beggar who is a minor, earns much more as people tend to be more sympathetic towards them."

“There are also cases where they are forced to beg due to circumstances. There was an elderly couple from KG Halli, who had a son who is a drug and alcohol addict. He did not like working and his old parents could not afford to work, so he forced them to go beg in different areas. We have also seen people using infants to gain sympathy of people. All these  reveals a different picture. The police should ensure that every beggar who is rescued, is questioned thoroughly and then sent to the rehabilitation centre. They will then realize that there is a different world where they can live with dignity,” added Mr Samuel. 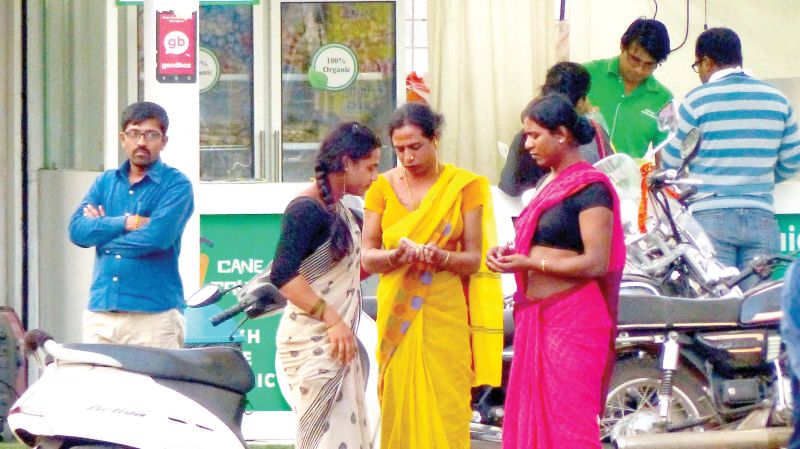 When asked about measures taken to curb begging, a senior police officer said, “We have instructed the jurisdictional police to keep an eye on traffic junctions, where most of the begging happens. On finding anyone indulging in this act, we detain them and hand them over to the Beggars Colony. If the beggar is a minor, we send them to the women and child rescue centre. We also ensure that no child is involved in begging or hawking. Special drives are conducted frequently to keep a check on begging. We have found that most of the beggars in the city are from north Indian states and come to the city, make money by begging and then go back to their native places. Once the money is spent, they come back and resume begging,” explained the officer.

“Whenever infants are rescued from people who use them for begging, we carry out a detailed investigation in the matter, as it is serious and might be a case of kidnapping or human trafficking, added the officer.

Now it's the states' job to stop the corona refugees

Telangana CM paints a positive picture of the next 8 days