“Whenever Yogi Adityanath comes to Gorakhpur, Kalu goes almost berserk. He jumps around in joy,” said a source to IANS.

The dog was gifted to Adityanath before he became chief minister in 2017.

Dwarika Tiwari, the office-in-charge of the Goraksh temple, told reporters that Yogi Adityanath was very fond of Kalu. 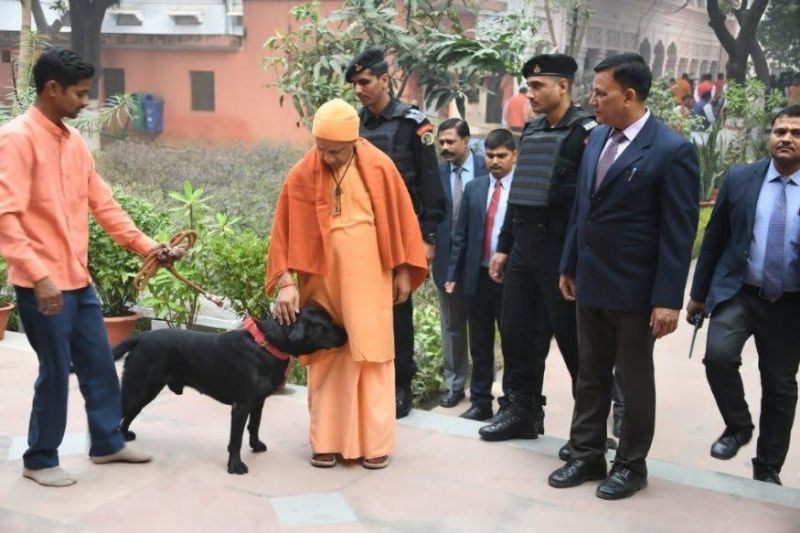 Moreover, Tiwari and devotees in the temple feel that Kalu has been extremely lucky for Yogi Adityanath.

''Yogiji earlier had a pet dog named Raja Babu who had died and he (Yogi) was rather disturbed after that,'' he added.

Before becoming CM, Yogi Adityanath personally looked after Kalu and feeds him.

In fact, the viral photos show him feeding Kalu pieces of ‘paneer’.

“Kalu is a pure vegetarian and eats either milk and roti or the food that is prepared in the temple. In the absence of Yogi Adityanath, it is his aide Himalaya Giri who takes care of Kalu. Special arrangements have been made for Kalu so that he does not have to suffer the vagaries of weather,” said Tiwari.

Whenever CM, who frequently visits his constituency Gorakhpur, Kalu rushes to meet him. “Till Yogi Adityanath is in the temple complex, Kalu stays put with him,” said a devotee.

Telangana tops in PDAs; Funds lying unused in banks to be reclaimed

BJP must apologise to Telangana over ITIR: KTR