26/11: 'I shot the man who was driving Ajmal Kasab,' recalls Mumbai cop

Mumbai: For Hemant Bavdhankar, a police inspector with the JJ police station, his first encounter at Girgaum chowpatty in the intervening night of November 26 and 27, 2008, is etched in his memory. Mr Bavdhankar shot terrorist Abu Ismail Khan, who was steering the hijacked Skoda car with terrorist Ajmal Kasab next to him.

“It was my first encounter and the last till now. I shot Ismail, who was steering the car, which also had Kasab," said Mr Bavdhankar, who was an assistant police inspector then and was present at the chowpatty on the night of 26/11. Though he was hailed for his bravery and presented the Shaurya Padak, the incident left a deep psychological scar in Mr Bavdhankar. “I’m now with the JJ police station and chowpatty is not under my jurisdiction. But after that shooting, I avoid going to that place as it disturbs me psychologically," he said. 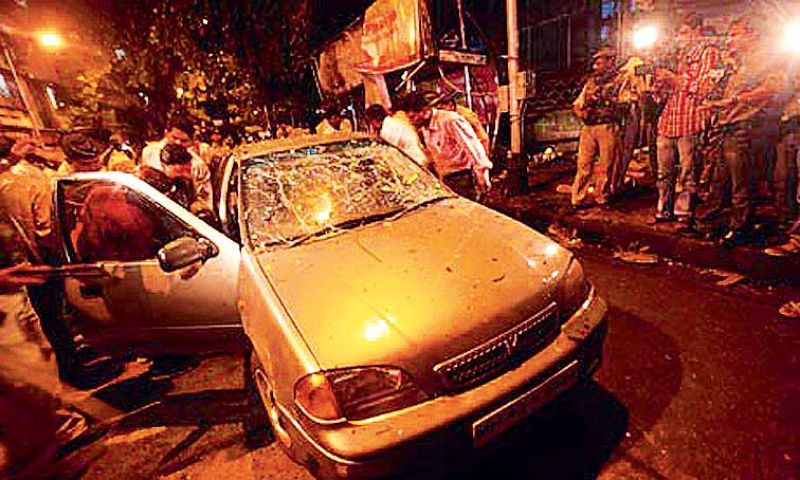 It was around 12.15 am on Nov. 26, 2008 when he got a wireless message that terrorists had hijacked a Skoda car and were moving towards Marine Drive and were spotted at Grigaum chowpatty. Mr Bavdhankar lunged towards the car driver. “I was not sure whether I could shoot, as it was my first encounter. I instinctively pressed the trigger and hit Ismail in the head,” he said.

Mr Bavdhankar, who was with the D.B. Marg police station then, said, “I could only recall that we were told during training to fire two rounds as a warning before firing a third to kill a person. I shot two rounds around Ismail’s back and the third at his head. He slumped and the car went out of control.”

After Ismail died, Kasab came out of the car pretending to surrender. ASI Tukaram Omble cornered him but Kasab started firing. Omble managed to overpower Kasab but got killed.

Srisailam dam lifts 10 gates due to heavy inflow of floodwaters

WHO assessing Covaxin data for EUL; Decision date 'to be confirmed'