Traffic Police, your challan is a wrong number

As a resident of the city, I am having an ongoing issue with the Cyberabad traffic police. I got a wrong e-challan on my vehicle bearing Reg no: TS12 EJ3278, which as pictures clearly show, should have been issued to the driver of vehicle Reg no: TS11 EJ3278. I got the e-challan in whose attached photograph, the evidence is clear. How come such a blunder, Cyberabad traffic cops? And further, what is the reluctance to correct the error?
— Prateek Kumar
Owner of vehicle numbered TS12 EJ3278 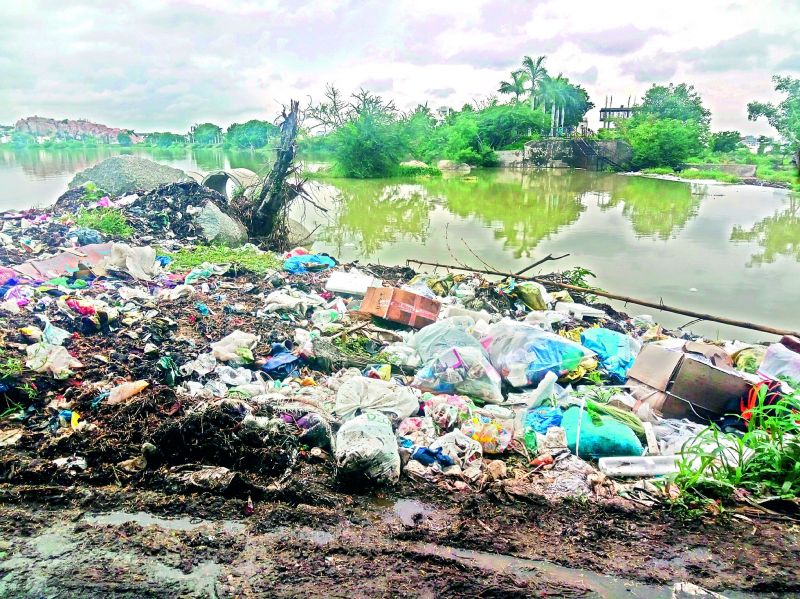 Dump at Pedda Cheruvu raises stink
Garbage dumped on bund road by residents is creating a scare that there might be an outbreak of diseases soon as foul stench emanating from the Pedda Cheruvu lake is spreading strongly to nearby areas. Residents are facing the hardships of garbage which is not being attended to; and sadly, while it gets dumped on the lake side from the Nacharam side the impact is faced by people of the High Court colony, Kalyanpuri, Uppal.
— Madhu Raj
Kalyanpuri, Uppal. 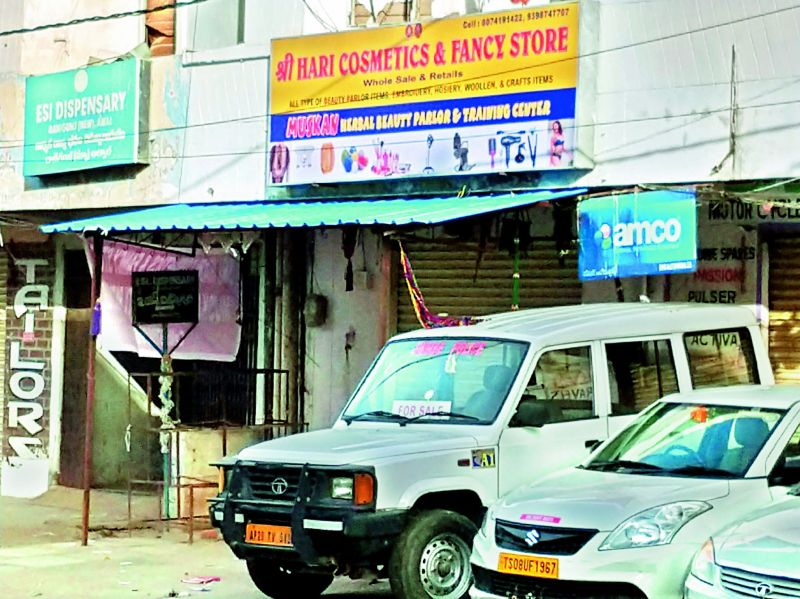 Act against Lothkunta encroachments, SCB
There are rampant encroachments of pavements in Lothkunta and the nearby lane of Biryani Mahal. Retail stores hang and display their wares, creating obstacles for pedestrians on the pavement, pushing them to walk on the road. This further creates obstructions for the hospital patients. Repeated complaints to local authorities yield little action. Besides disrupting traffic, the encroachment causes great discomfort. Kindly help us by providing open pavements for pedestrians and clear this nuisance.
— Ravi Kumar
Lothukunta 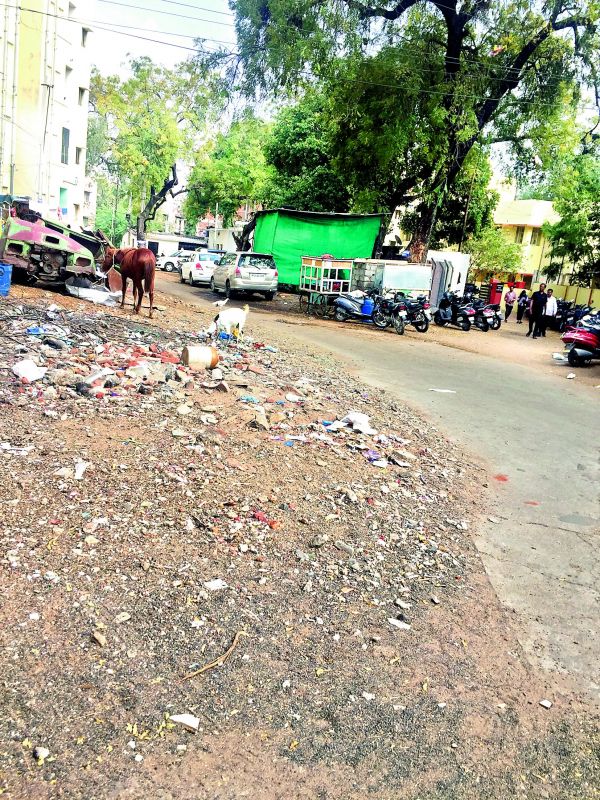 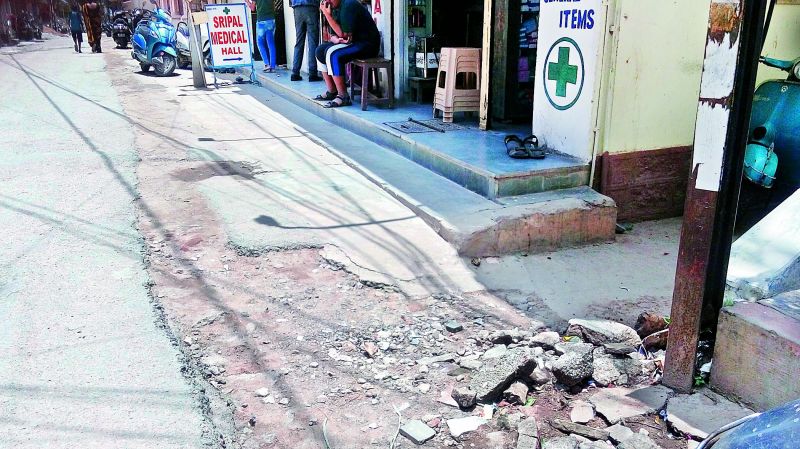 Unlawful parking lot
The main road in Sadar Bazaar, Bolaram, needs urgent attention of authorities of the Secunderabad Cantonment Board. Road is in shambles since many months and no Action is being taken despite many complaints and several minor to major accidents.
— Deepesh Surana
Sadar Bazaar, Bolaram 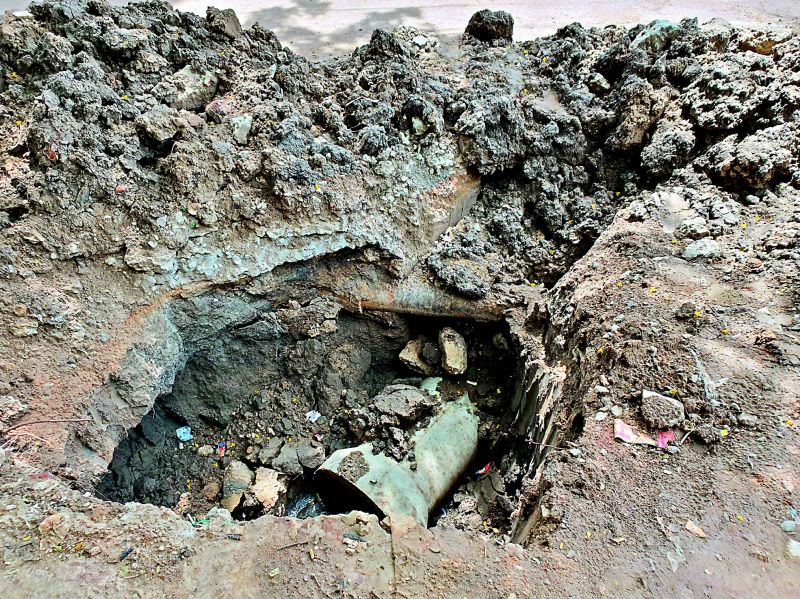 Roads dug open
The GHMC staff have dug the roads on Street No. 5 ten days ago. Despite several reminders, there is no response. We are facing inconvenience to traffic and school children. There is no ‘Danger’ signboard either.
— Ehsan Raza 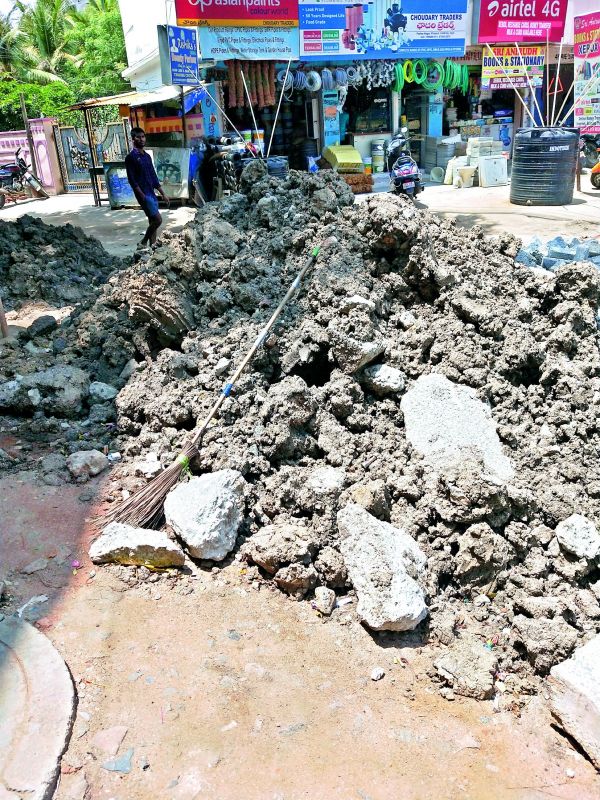 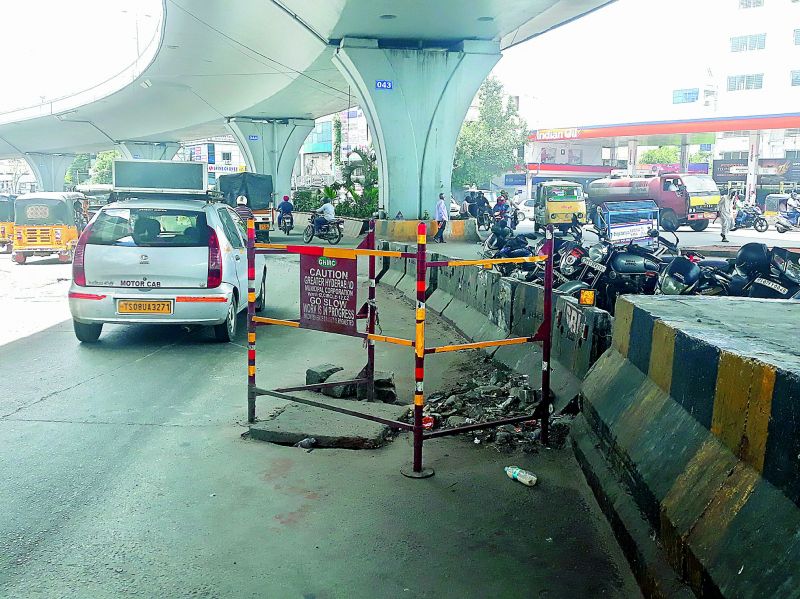 Manhole under flyover
Here is a damaged manhole near the Rethi Bowli PVNR flyover, near pillar no 43, which has not been repaired for two months. This causes severe traffic jams, especially during peak hours. Please help.
— Santosh Kumar 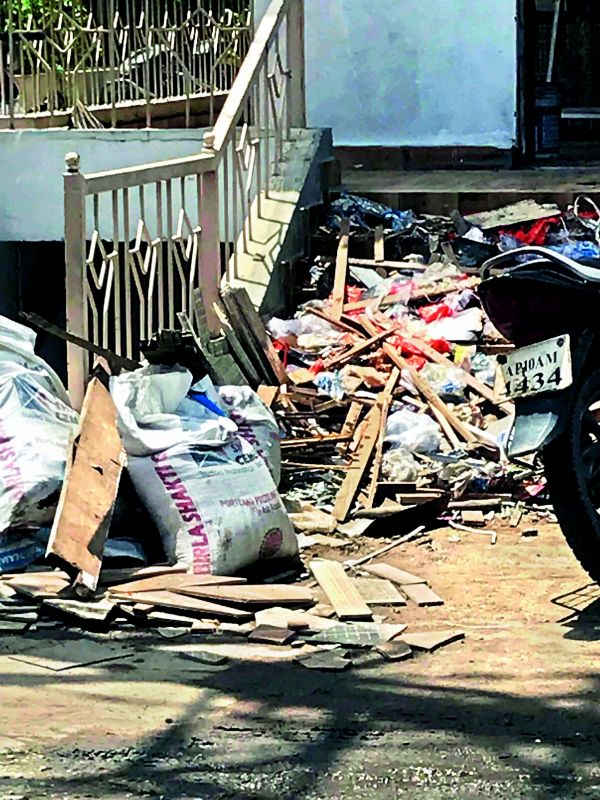 Littering by shop
Careless littering by this shop besides Royalton hotel, Chirag Ali Lane, Abid, yet no action from GHMC despite complaints for a month. Take stringent action please.
— David Jude
Abids

Water pipes and tanks galore, not a drop to drink
I am a resident of Nadergul, Badangapet village. It has been some time since water pipes lines have been laid in and around of Nadergul and big tanks have been built as part of Mission Baghiratha, but not a drop of water has been supplied to any one of us through these pipes. We are forced to buy water from private tankers even during rainy season. The depleting groundwater have compounded our water woes. Please, government, give us some water to drink.
— Prem Nair
Nadergul, Badangpet

Without foot-overbridge on Tank Bund pedestrians at risk
Due to the absence of even a single foot-over bridge, common people who go for leisure and strolling on the Tank Bund road are facing several hardships, with grave risks to even their lives while crossing the road. Everyone in Hdyerabad knows how fast the traffic on the road is and how broad the stretch. It becomes even more difficult for families. The GHMC must immediately sanction and build at least two FoB given the length of the road.
—Syed Mohd Mubhashir
Chanchalguda

GHMC neglect leads to Dengue outbreak in Alwal
I bring to public notice the recent news about the outbreak of deadly Dengue fever in FB Nagar and other areas of Old Alwal. The blame lies squarely on the negligence of public health officials of the GHMC, Alwal. As per report, 34 people, including children, have been afflicted by Dengue fever. The GHMC seems to have abdicated its responsibility to take preventive measures against this mosquito-borne viral disease. The victims are being fleeced by the unscrupulous hospitals with extravagant charges for the treatment of the disease. GHMC, please act now before it spreads further, afflicts more people and becomes an epidemic.
— P. H. Hema Sagar
Old Alwal Colony, Secunderabad

Tamil Nadu farmers to get free power connections under Tatkal