Hyderabad: More than the nine lakh farmers have been denied crop insurance for 2016-17 as the state government has not paid premium to the insurance companies. Under the Fasal Bima Yojana, the Centre paid its share of the premium, and the state was to pay Rs 100 crore. This, it has not done till date. 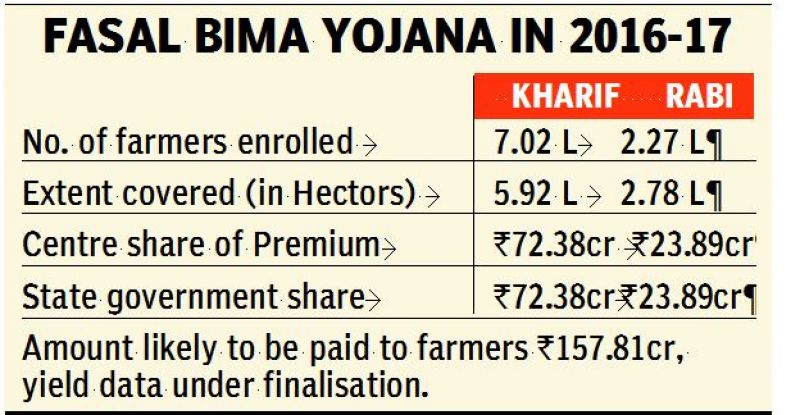 Under the Yojana, farmers have to pay one to three per cent of the premium as their share. The Centre paid Rs 72.38 crore for Kharif and Rs 23.89 crore for Rabi. The government has not paid any premium so far, though the last date was August 2016.

Under pressure from the agriculture department and farmer associations, the government issued a budget release order for Rs 102 crore on July 14 to pay the premium but the finance department has not released the funds.

The insurance companies have to pay out an estimated Rs 157.81 crore to farmers for Kharif 2016; data for the Rabi season is being worked out.