C. Saroja with her kids.

Hyderabad: A woman allegedly stabbed her two children to death in Siddipet. The accused, C. Saroja, was drunk when she stabbed the children with broken beer bottles, police said.

Police said Saroja and her husband C. Bhaskar, a car driver, had two children, Ayan, 5, and Harshvardhan, 3. The couple had been quarrelling for a long time but were being counselled by family elders and police. 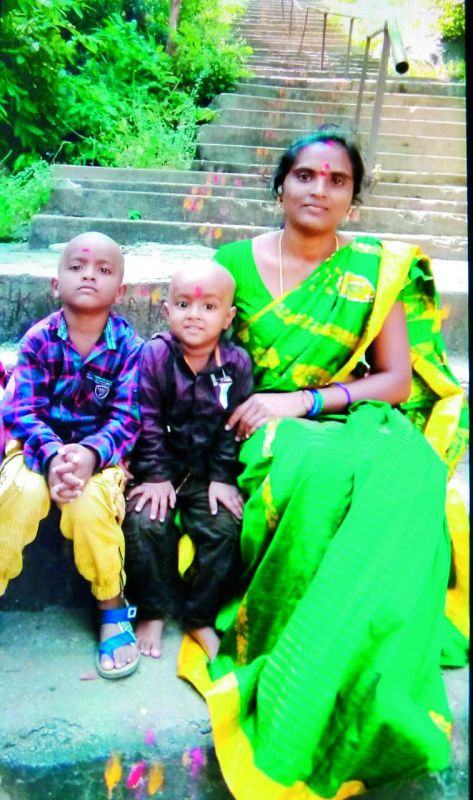 Siddepet additional DCP Narasimha Reddy said the murder took place when Bhaskar was away. Saroja allegedly gagged the children and stabbed them with broken beer bottles in their stomach. She was playing the TV loudly to muffle any sounds.

She wrote a suicide letter and left the house but went to the Karimnagar police station and surrendered. The police informed their counterparts at Siddipet who rushed to the house and found the children dead, their entrails hanging out and two broken beer bottles nearby.