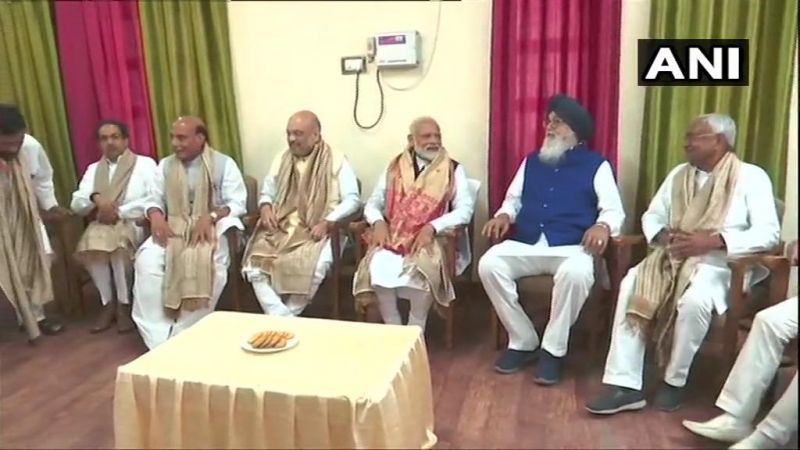 "Pro-incumbency wave is being witnessed for the first time in the country," Prime Minister Narendra Modi told party workers. He said people have made up their minds that they want Modi government again.

“Party workers are real candidates; mood is festive from Kashmir to Kanyakumari,” he added.

Taking a dig at the Congress, Modi advised party workers to not be arrogant “because those who showed arrogance were reduced to 40 seats from 400 seats”.

PM Modi is contesting against Congress' Ajay Rai and SP leader Shalini Yadav. Congress on Thursday had announced that it would field Rai as its candidate from the Varanasi Lok Sabha seat, putting to rest speculation regarding Priyanka Gandhi Vadra contesting the general elections against Prime Minister Modi.

This would be the second time Prime Minister Modi and Rai will battle from Varanasi seat.

Varanasi will go to polls on May 19, the last round of seven-phase elections.