Bastar: A princely state that had a rich political history during the British Raj

A festive dance, Dussehra in Bastar.

Yes, as hard as it may seem, Bastar now part of the state of Chhattisgarh was a princely state of India during the British Raj. Said to have been founded in the early 14th century by a brother of Prataparudra, the last ruler the Kakatiya Dynasty, but strangely there does not seem to be much information about this. What we do know is that from the year 1324 till 1948, the royal state of Bastar was shown in the map of the Imperial Gazetteer. Jagdalpur was its capital and it has a very modern-looking blue and white flag, consisting of a trishul and a narrow sliver of a moon. 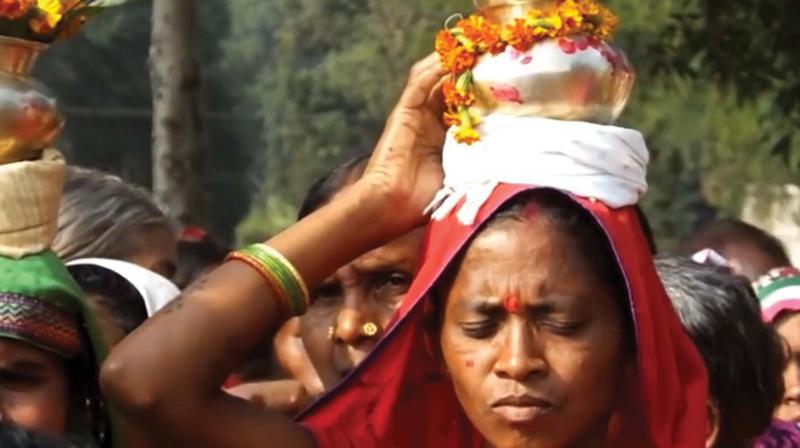 In the early 19th century, Bastar became part of the Central Provinces and Berar and on January 1, 1948, it acceded to the Union of India becoming part of India’s largest state, Madhya Pradesh, in 1956. Since 2000, it is known as the Bastar district of Chhattisgarh state, with a “ceremonial ruler” H.H. Maharaja Kamal Chandra Bhanj Deo of Bastar, a descendent of the Bhanj Dynasty. 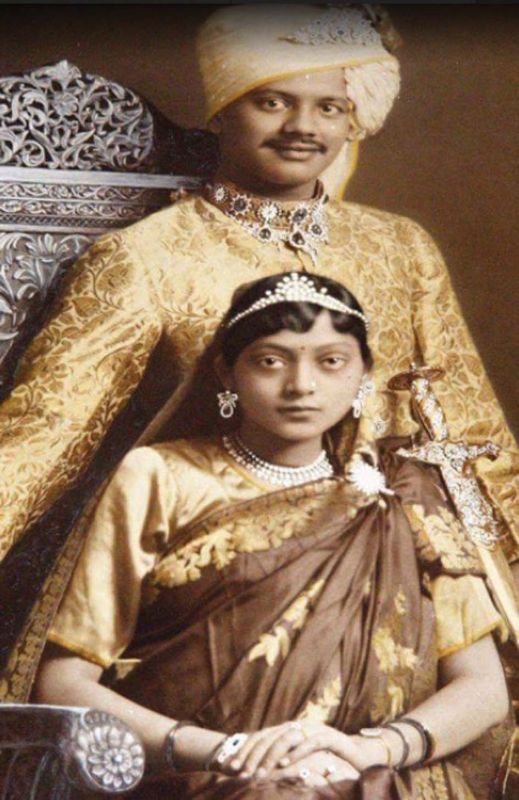 Bastar is one of the most interesting tourist locations in Chattisgarh and has been a tourist attraction for decades for its rich diversity of flora and fauna. Among the most popular locations are the Chitrakoot and Teerathgarh waterfalls, situated close to Jagdalpur. Bastar is also famous for its traditional and colourful Dasara (Dussehra) festival. Known as the land of tribes, about 70 per cent of the total population of Bastar comprises tribals a varied number of tribals in the district ensures that many languages are spoken mainly Gondi, Halbi, Chhattisgarhi and Hindi are the languages spoken and more importantly, understood in this region. 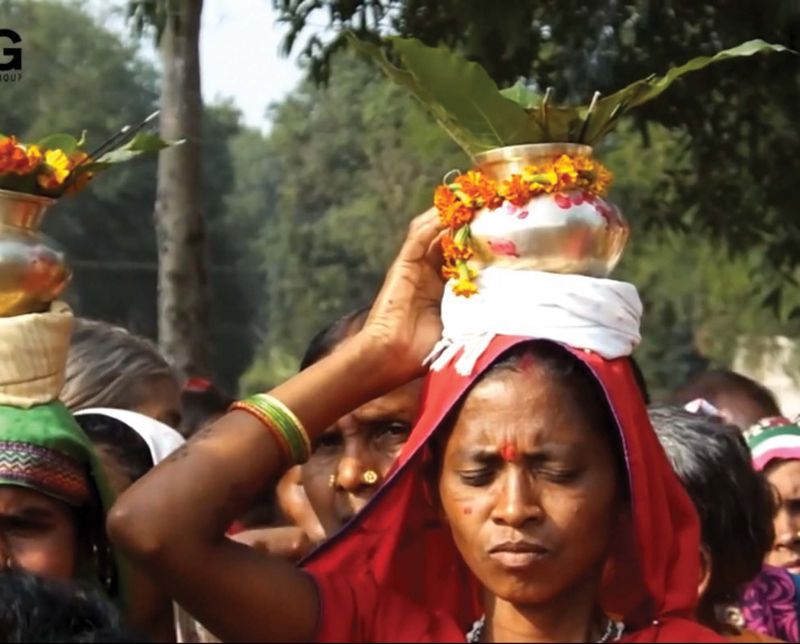 The major tribes of the Bastar region are the Gond, Abhuj Maria, Bhatra Bhatraand and others divided into more sub castes. The Gonds of Bastar are among the most famous tribes in India, particularly known for their unique Ghotul system of marriages. Gonds are also considered the largest tribal group based in central India in terms of population. Various tribes have their own distinctive tribal culture and enjoy their own unique traditional lifestyle, including their own dialect and costumes, eating habits, customs, traditions and even the rituals of worship with different forms of gods and goddesses. 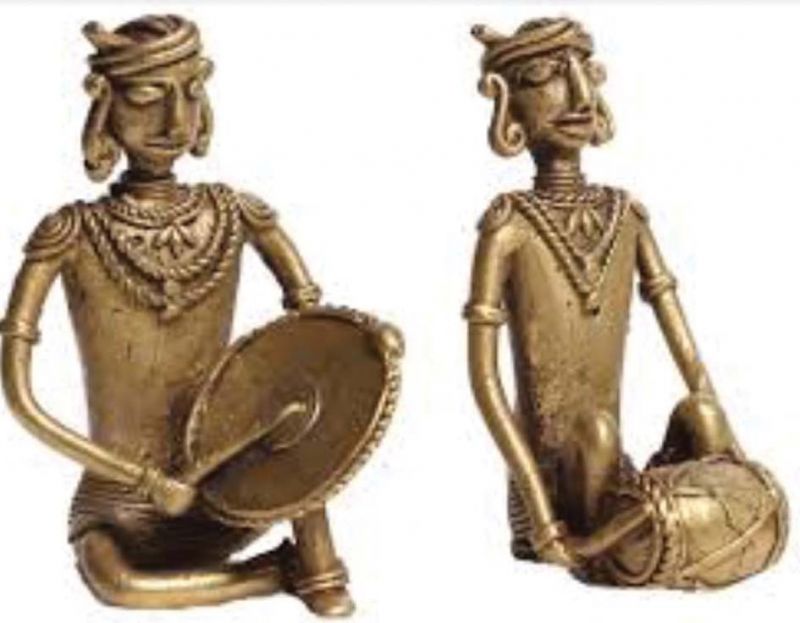 Famous for its handicrafts, the artifacts created in the Dokra style follow a very special technique used in non-ferrous metal casting, using the lost wax casting technique. Used in India for over 4,000 years, it is heartening that the technique continues to be used to this day. The products of Dokra artisans are in great demand in domestic and foreign markets mainly because of the primitive simplicity of their creations. The figures that are cast can make one wonder at the grace and elegance of these creations — musicians, figures at work, religious images, each one can be considered a work of art. Animals are also very popular, especially horses, elephants, peacocks and owls. There are two well-planned museums at Jagdalpur, where some of the most elaborate and intricate Dokra pieces are displayed. 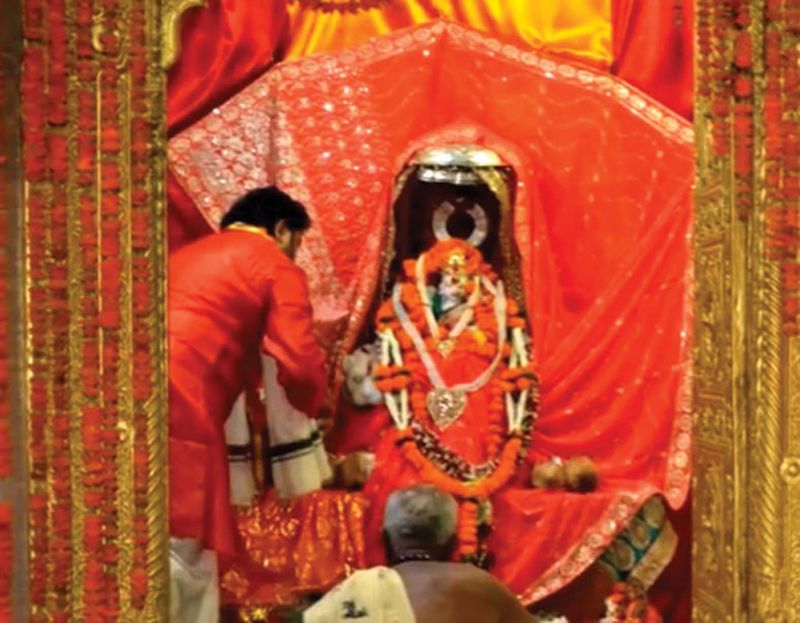 In the epic Ramayana, the area known as Bastar is mentioned as “Dandakaranya” and as a part of the ancient Kosala kingdom, it is also mentioned in the Mahabharata. It has also been said that around 450 AD, the Bastar area was ruled by a Nala king named Bhavadatta Varman, who is recorded as having invaded the neighbouring Vakataka kingdom during the reign of its king Narendrasena (440-460).

The Bastar ruling family’s genealogy published in 1703 mentions only eight generations spanning four centuries, leaving a number of clouds in the story. However, it is said that Prataparudra’s brother, Annama Deva, set off on a pilgrimage from Warangal, after anointing his brother’s son as the ruler. If this is true, the state was established around 1324 CE and the founder established his kingdom at Bastar with the blessings of the local deity, “Danteshwari”, whose temple can be seen in Dantewada.

According to chronology there were four rulers and despite the gaps we find that in 1709, Rajapala Deva became king and had two wives. The first wife was a Baghela princess, who had a son, Dakhin Singh. His second wife was a Chandela princess who gave birth to two sons, Dalapati Deva and Pratap. Trouble began after the death of Rajapala Deva in 1721, when the elder queen placed her brother on the throne of Bastar. Dalapati Deva, who took refuge at the neighbouring kingdom of Jeypore, managed to regain the throne a decade later in 1731. A royal palace was then built at Jagdalpur, the capital of Bastar state.

Maharaja Pravir Chandra Bhanj Deo (1929-1966) was the first Oriya ruler and the 20th and last ruling head of the Bastar state to ascend the throne in 1936. He was shot in “a police action” on the steps of his palace in Jagdalpur on March 25, 1966, while leading a tribal movement against encroachment of land by an outsider. Immensely popular for championing the cause of his subjects, it has been said that “scores” of others too died in defending their king. The police had fired 61 rounds.

Officially the death toll was 12, including the king. Many were wounded, but said to be only 20. Needless to say, no one believed the report.

The writer is an author, a professional communicator and an intrepid traveller

Two killed, some injured in goods train derailment in Odisha